5 Minutes in Nature: Dressed to impress 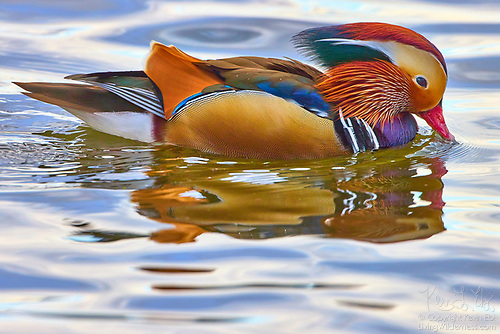 As soon as the eggs are laid, most female ducks are on their own. They are left to raise the young by themselves. And for good reason: the male ducks, called drakes, command attention.

There are plenty of bird species where both parents are active parents. Bald eagles are one example. There’s a minor difference in size, but otherwise, it’s hard to tell the male from the female.

With ducks, however, there’s a dramatic difference between the sexes. Females are often drab looking, while the males are quite showy.

In the duck world, the drake must show off to attract a mate. The mandarin duck drake, pictured above, is spectacular. I think every color of the rainbow is represented somewhere on his body. His appearance is designed to attract attention. It’s an asset during courtship, but when vulnerable chicks are nearby, it’s a liability.

And the mandarin duck is not unusual for a duck. Wood ducks have similar colorings. With mallards, the drakes have bright green heads, while the females are almost entirely brown. And so on.

For this 5 Minutes in Nature activity, visit a nearby pond and watch ducks for five minutes — if you can, several times over a few weeks. You may see how the males and females are all together. Then you may find that it’s easy to spot males, but the females disappear into the environment.

The drakes may not be very good parents, but it’s safer for the young. 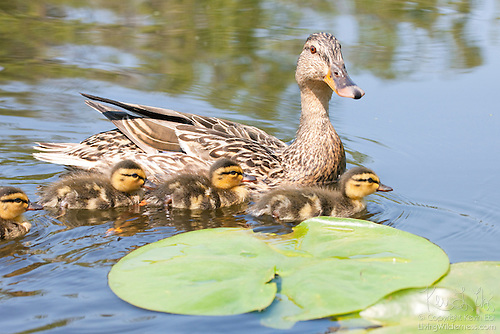