The value of waiting 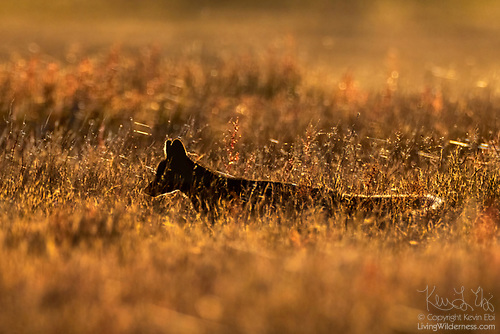 Whenever I give a nature talk, one question usually comes up. And it’s almost always phrased as a statement. “You must spend a lot of time standing around waiting for something to happen.”

I do spend a lot of time waiting — but probably not anywhere near the amount people asking the question suspect.

My Year of the Eagle project involved the most waiting. A lot of that waiting was for the purpose of observation. I occasionally captured some behaviors that seemed unusual to me. I spent hours upon hours observing the bald eagle nest to try to figure out whether or not they were truly unusual. In that case, the waiting was more for science and less for photography.

Anyone who wants to do photography for a living needs to understand that waiting is non-productive time. Unless you’re on an assignment from a generous publisher, nobody pays you to wait. You only get paid for results.

But in some photography circles, we’ve turned waiting into a badge of honor. It has become a metric by which to judge pictures. If someone waited two weeks for a picture, it must be much more valuable than an image that was produced over the course of an afternoon, some think.

I don’t agree, although I understand where the mentality comes from.

Smartphones are capable of capturing stunning images in certain cases. And until last year, traveling to the most remote corners of Earth had never been easier. So the amount of misery endured while taking a picture became a yardstick for measuring professional status. And time spent waiting is one major ingredient in misery.

But I think that waiting sometimes results in worse images. Photographers can have such a specific checklist of what they want to capture that they become oblivious to everything else around them. Their photographs are of preconceived notions, not necessarily expressions of reality.

It is one thing to wait for the perfect image to illustrate a particular concept. Photographers who regularly find themselves waiting for the sake of waiting, however, may want to spend some of that downtime thinking about their approach.

The image at the top of this post was supposed to be of three fox kits playing. Friends who had visited the field earlier in the week found them very playful. The day I arrived, however, they were each off doing their own thing.

Whenever I’m not getting what I expect, I stop and think about my expectations. Do I need the exact shot that’s in my mind? Is it likely I will get it? What’s actually going on around me? Is there a better use for my time?

In this case, I didn’t need a picture of kits playing and with each passing minute, it seemed less likely that I was going to get it. Meanwhile, there was a gorgeous young fox that was 150 feet in front of me, alternating between napping and investigating rabbits.

I made a few images of it in various poses and shifted to thinking about how I could capture its essence in a more creative way.

Every half hour or so, it would race through the tall grass. Since it was a black fox and the sun was getting low, I thought about trying to photograph it in near silhouette. The grasses would practically sparkle when lit from behind. If I could get the angle just right, the furry outline of the fox would glow as well.

I eventually created an image that I really liked, which I would not have got had I waited for the vision in my head. I also wasn’t the least bit miserable. I had a wonderful evening with a beautiful fox.

All of my images are available as art prints. If it makes this image better for you, I waited about three hours for it — not including many more hours of travel time.