Where do you find your vision? 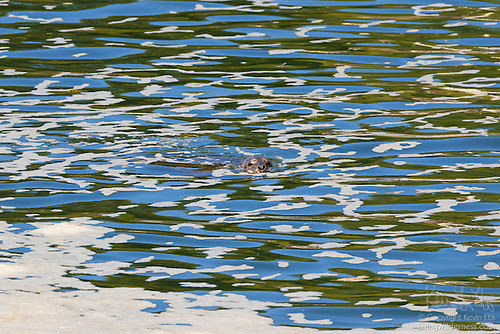 I’ve spent more time thinking about my photography — why I do it and why my images look the way they do — over the past three months than I probably have over the preceding decade. I’m still doing interviews about my Rainbow on Haleakalā image, featured on a Forever postage stamp to commemorate the centennial of the U.S National Park Service. I’ve learned a lot about my approach to photography through the process of doing these interviews.

A few of the interviews focused on the thought process and effort behind the image (my favorite.) A few others concentrated on equipment and camera settings (my least favorite.) And a few fixated on the fact that I’m “self-taught,” I didn’t study — in fact, I detested — art in school. I think it’s really easy to take the latter the wrong way.

When some hear self-taught, they may assume that artistic ability is a gift from God that requires no independent effort; if you aren’t blessed with the gift, you can’t make art. (Not true.) Others may assume I’m boasting that I did this completely by myself with no guidance or wisdom from anyone else. (Not true either.)

I believe we learn in different ways and no one way is inherently better than any of the others. My artistic approach was formed much like the way that we originally learn language. We listen. Through immersion, we learn meaning. Eventually, words become building blocks that allow us to express our own unique thoughts.

I got my first visual building blocks in Chicago. I was in college on a trip to a journalism conference, but the professor scheduled a side trip to the Art Institute. I made a beeline for the Impressionism wing. If you’ve seen Ferris Bueller’s Day Off, you immediately know why. In no time, I found Seurat’s Sunday on la Grande Jatte. But my connection to the piece was bigger than the movie. I was completely mesmerized by the tiny dots of intense color that worked together in the painting that seemed practically life-size. And it wasn’t just that one painting. I spent most of the afternoon in that gallery. Monet, Van Gogh, Caillebotte — it all spoke to me.

A few years after, I began taking photography seriously. I would see incredible things on my hiking and kayaking trips and wanted to share my experiences with others. My pictures, however, didn’t seem to capture that same excitement. So I sought out photographers whose work I admired, bought their books and studied their work. The work of Galen Rowell taught me to seek out dramatic lighting. Frans Lanting showed me how to capture the essence of my subject. Ansel Adams helped me appreciate patterns and strong graphical design.

Those building blocks launched a noticeable leap in the quality of my images. And I am still learning. Over the past few years, I’ve returned to the work of the impressionist masters and introduced myself to a variety of abstract artists. I’m trying to grow by simplifying my work, while finding new ways to add visual interest. The image at the top of this post illustrates what I’ve done with my latest lessons.

This image of a harbor seal in sea foam was partially inspired by the work of painter Mark Tobey. I can get lost in his strong, high-contrast lines. At quick glance, his painting called Pike Street may look like a jumble of lines, but on closer examination your eye wanders through a vibrant city street. I think this style makes the scene seem more dynamic. It also adds a bit of mystery. Oftentimes, I think when we see a photograph that contains a subject we recognize, we acknowledge that we know what it is and quickly move on. The work of Tobey and the impressionists have helped me to see ways to draw the viewer in, cause them to linger and pick up the feeling of the scene in the process.

The seal was hiding, waiting for an easy opportunity to sneak up on migrating salmon. The temptation with wildlife photography is to get as close as you can to the subject, filling the frame with the animal. Thanks to the lessons I learned from Tobey, however, I saw the beauty of the lines. I backed off, letting the colorful lines dominate, transforming the image from an ordinary harbor seal portrait to a scene showing its attempt to sneak up on supper. Tobey had given me one of the visual building blocks to tell that story.

Self-taught doesn’t mean that you aren’t taught. Rather, you learn from everyone. Just at your own pace.