He who seeks beauty will find it 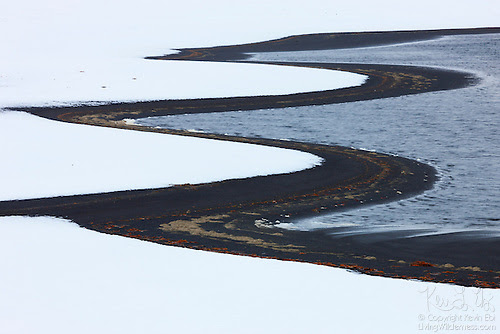 Since the announcement of the commemorative postage stamp featuring my Rainbow on Haleakala image, I’ve been asked a lot about my approach to photography. One quote that kept coming to mind each time I answered the question is the title of this blog post: “He who seeks beauty will find it.”

The quote is from Bill Cunningham, the legendary New York Times fashion photographer who died recently. He was 87, but much younger than that number might indicate.

He worked at fashion shows and gala balls, but what he was best known for — and was most passionate about — was his work on the streets of New York. Like most people outside the city, I became familiar with his work through the documentary Bill Cunningham New York, which followed him as he darted around on his bicycle, finding beauty in the fashions worn by New Yorkers going about their everyday lives.

The movie showed him riding among traffic, constantly scanning the sidewalks for a “stunner” that he just had to photograph. Other times, he would spend hours at a street corner intently studying the crowd.

Cunningham said he never went out with a preconceived notion of what he was going to get. He went out with an open mind — an open mind in several ways. He didn’t decide the theme for his display until after he went out and saw what caught his eye. And in one of his last pieces for the paper — a series on black and white prints that he called Duality — he remarked that today’s version of that fashion concept was better than what he had seen generations earlier. That’s a rare attitude even in people half his age.

It took me years to develop the open mind that seemed to come so easily for him, but it is now one of the greatest attributes that shapes my photography.

Nature photographers often try to conquer nature. They decide what the image should look like before they even leave home. And they use increasingly advanced tools that allow them to effectively paint their imaginations onto the land itself. Let me explain.

For me, it started with tools that showed exactly where the moon would be in the sky at any given time. Even before ever visiting a place, I could sit down with a topographical map and decide where the moon would be best in the sky. Enter a couple of angles and coordinates into a program and it would then tell me the date and time — down to the second — of when I needed to be in position.

You can also do that with the Milky Way. There is a three-day northern lights planner (although it can still be hit or miss.) Weather models are getting better. They are to the point where they can predict a fiery sunrise or sunset (and the quality of it) nearly a day in advance.

Being able to photograph your imagination has certainly resulted in stunning images, but in a way, nature itself has become less beautiful. With the tools, you only have to venture out at the exact moment there’s something you want to see. You also tend to see only what you want to see. The only thing that’s “beautiful” is what we imagined.

My attitude toward planning changed shortly after landing on Iceland the first time. I had a detailed itinerary. Every sunrise and sunset — that’s when the light is most beautiful, after all — was planned out. Problem is, the weather didn’t cooperate. At all. That entire trip I was able to see one sunset and a brief part of one sunrise.

Rather than throw the entire trip away, I threw my plan away. I opened my mind to what was actually in front of my eyes. I found beauty in the lichen growing on lava rock. In the tufts of grass poking out from some sand dunes. In white snow on a black sand beach. I found images nearly everywhere I looked.

I’m amazed at how many photographers give up on a location rather than giving up on their plans. The year after my Iceland epiphany I was hiking in New Zealand when I ran into a group of frustrated photographers. They had hiked out to a lake anticipating a dramatic sunset. Fog blocked their view, so they headed back to their cars without taking even a single picture. I moved to a different vantage point and got the summits of several mountains over the fog bank.

My image on the Haleakala postage stamp was also unplanned. I planned to just scope the crater out for a sunrise view. Arriving at the summit, I saw the potential for something more and stayed out in the storm as others left.

It was a few years after that when I saw Cunningham’s documentary. I was amazed at his boundless energy, but was completely blown away when he spoke those six words near the end of the movie.

Too often we get trapped in our own visions of what should be that we lose sight of what is there. I think that deprives us great images, but also of happiness.

I still use my moon planning software from time to time, but more often, I venture out with no plan at all. And it’s on those latter days that I’m usually happier with the images and with photography overall.

If life has you down and or you can’t find anything to photograph, stop. Remember: He who seeks beauty will find it.