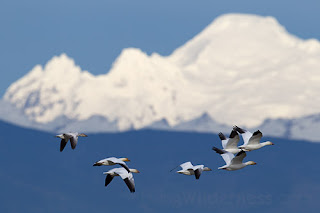 That said, I got a new camera — a Canon 1D Mark IV — and I thought I’d share what I’ve learned in the first couple weeks of using it. Whenever I get new equipment, whether it’s a camera or a lens, I test it before I rely on it for anything critical.

I know of far too many photographers – including pros – who get new gear just before a big trip or big assignment and are surprised when it doesn’t work quite the way they expected. Don’t miss an incredible shot because you’re not familiar with your equipment.

What’s important is that you test the camera the same way you plan to use it. If you shoot landscapes, practicing at a basketball game won’t teach you want you really need to know.

This is going to be my primary wildlife camera, so I took it to wildlife preserves near my house spending hours and hours with the birds. I then spent an equal amount of time back in the office studying each image. If I found an image that didn’t turn out – and there were plenty – I analyzed it until I figured out why.

It doesn’t matter what kind or brand of camera you use. This investment in time can make the difference between getting that once-in-a-lifetime shot – or not. And even though I’ve used Canon 1-series digital cameras exclusively for seven years now, there is a lot to learn about the new model: 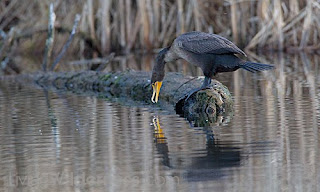 There’s a lot of detail in the 1D Mark IV’s files, but it’s not always immediately evident. I used the Canon 600/f4 IS lens – an incredibly sharp lens – for most of my sessions and was surprised that some images seemed to be missing fine detail. After manually focusing and trying other subjects, I think the problem is actually the result low default sharpening and high noise reduction.

I experimented with the “soft” images in Canon’s raw developer, Digital Photo Professional (DPP), and discovered that a minor increase from the default sharpening of 3 brought out all those details I expected to see. With a sharpening level of even 4 or 5, I could see each of the individual dots around a cormorant’s eye and the texture of a bald eagle’s toes. And these were images that looked soft straight out of the camera.

Sharpening is easy to fix after the fact, either with the Smart Sharpen tool in Photoshop or by adding sharpening in your raw converter, but I am going to set the default in-camera sharpening to 4. The final images are a tiny bit noisier, but I think they look better. 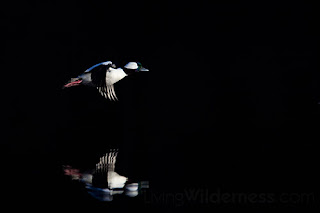 However, sometimes the images are soft, because they’re blurry. With a lot of pixels in its relatively small sensor, the camera captures a lot of detail. Even with a solid tripod, it’s hard to keep a long telephoto lens completely still for any length of time when there’s any wind at all. It seems to me that with the 1D Mark IV’s tremendous resolution, it’s also more likely to show flaws resulting from camera shake.

With my 1Ds Mark III, I could, more often than not, get usable images from my 600mm lens at shutter speeds as slow as 1/60. With the 1D Mark IV, I’m finding that 1/125 is probably more realistic as a lower limit. But that’s okay; you can always boost the ISO speed. (More on that in a minute.)

One final note about image quality: the camera’s auto white balance often results in images that are too blue for my taste. It’s easy to fix later if you shoot in the raw format, but something to watch for if you primarily shoot JPEGs or video. 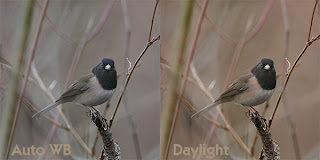 Very high ISO settings are one of the main new features in this camera. On the internet there are so many example images shot at all settings that I’m not going to bore with you with more.

The more you crank up the ISO speed, the noisier your images will be. The amount of noise you can put up is largely determined by how you plan to use your images. I think ISO 6400 is perfectly usable, even for large prints.

Chrominance noise reduction (which gets rid of the color blotches) does not have the same problem, and you will need much more of this type of noise reduction as you boost the ISO speed.

One of the best ways I found to process high ISO images is to run them through the beta version of Adobe Lightroom 3. You’ll have to convert the raw images to Adobe’s DNG format first; it can’t read Canon 1D Mark IV files natively. Lightroom 3 does an amazing job of eliminating the chrominance noise. Luminance noise reduction is turned “off” in the beta, but you can clean that up later in Photoshop using your favorite tool, like Noiseware Professional. 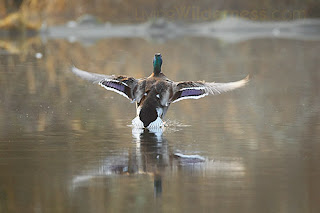 The auto focus was the other major change in the 1D Mark IV. I never used the 1D Mark III, so I don’t have an opinion on it. Supposedly, whatever problems existed in version 3 are long gone. Here’s what I found:

Auto focus tracking (AI servo) does a phenomenal job on subjects that are moving fast. I tracked bald eagles and hawks flying at and around me. I tracked huge flocks of snow geese flying straight toward me. I rapidly turned and caught a mallard landing on a pond. In all of these cases, the auto focus quickly locked on its target and tracked it. In almost all of these sequences, every shot was in perfect focus. 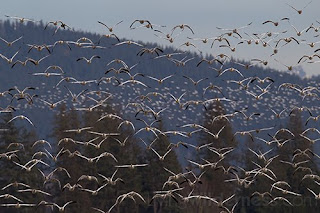 While the 1D Mark IV’s autofocus system is almost perfect with birds in flight, it was ho-hum with birds swimming on a pond. I tracked cormorants and several types of ducks on the pond and discovered no matter how slow they swam, the auto focus couldn’t keep up. 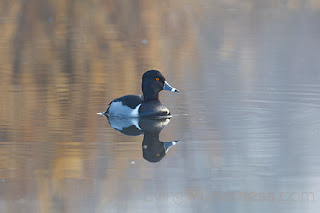 The problem occurs mainly with birds that swam just slightly away from me. I would pan with the birds. In a typical burst sequence, the camera would get the first two shots perfectly in focus and then would get bored and stop tracking the bird.

By shots four or five, the point where the camera focused was significantly behind the bird. Eventually, it would correctly track the bird again for a few frames, only to fall behind again.
To put it another way, this is an issue in sequences where you need some, although very little, change in focus from frame to frame.

Here are two images from a series where a northern shoveler was swimming slightly away from me. The in-focus shot was the first frame in the sequence; the out-of-focus shot was the fourth. These are screen captures from Canon's raw developer with the active auto focus point displayed in red. They're cropped differently. Even though it doesn't look it, the active auto focus point was the same in both images: 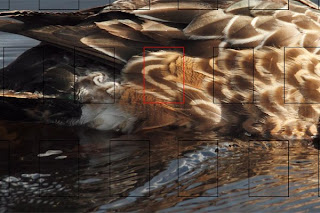 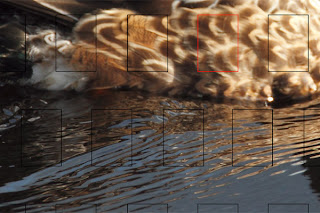 I just read that Canon will soon release new firmware to fix this problem. Once it’s available, I’ll re-test. (Edit: The update is now posted.)

Finally, when manually selecting auto focus points, do be aware that the points seem to be larger than they actually appear in the viewfinder.

When photographing a cormorant hunting from a log, I selected a solitary auto focus point that just fit within the bird’s head. Even still, the camera seemed to be distracted by the similarly-colored grass and brush behind it. AI servo caused the focus to ping-pong between the bird and the brush. In single-shot AF, about half the time the camera would focus on the brush.

I then selected an auto focus point in the center of the bird’s body and the problem disappeared. I think this is purely the result of the auto focus sensors being larger than they’re indicated in the viewfinder.

All in all, the Canon 1D Mark IV is a great camera. Knowing its quirks – and all cameras have them – will help me get the shot when it’s truly critical.

Great feedback on the Mark IV- thanks for taking the time to put this together.

Thank you so much for your review.
I would buy this camera for video but the only thing that does not convince me is the soft image it produces...Does the sharpness setting works for video as well?

I'm certainly no video expert, but the video footage I shot with it looks pretty stunning. I wouldn't have any concerns.

I have just spent 2 hours going through your interesting review, combined with exploring the numerous custom settings on my 1D IV once again. I found your evaluations balanced and considerate. This was very useful indeed! I look forward to the follow-ups, and I have bookmarked your interesting pages.
Best regards from Oslo, and
Kjell Germeten