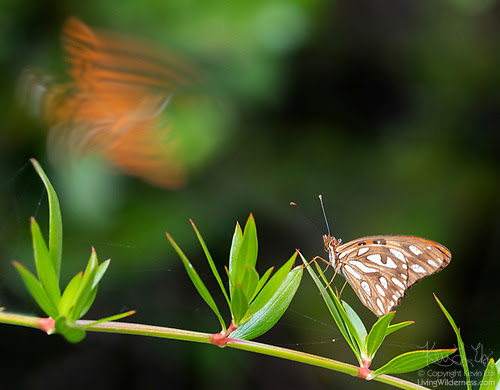 I like to use contrast in images. Often that contrast comes from light and dark. Other times it's from opposite colors.

In Puerto Rico, I had an opportunity to capture contrast in two butterflies — and the contrast was essentially the element of time. One was peacefully resting on a branch. The other was flitting around. A long shutter speed allowed me to capture the motion of one, a fine contrast to the mostly sharp butterfly that held still for the exposure.

These are Gulf fritillary butterflies and they're relatively common from the south-central U.S. and in much of South America. I found this pair in the Vieques National Wildlife Refuge on the island of Vieques, a place that is full of contrasts of its own.

Vieques is a small island, barely 50 miles square. And just over half of that is set aside as a wildlife refuge. That’s not quite the wonderful conservation success story that it might seem on the surface.

Much of the land that now makes up Vieques National Wildlife Refuge was first used for agriculture. Then it was used for military training. Large sections of the refuge are off limits because of the danger from unexploded ordnance. The sections you can visit aren’t entirely in a natural state. 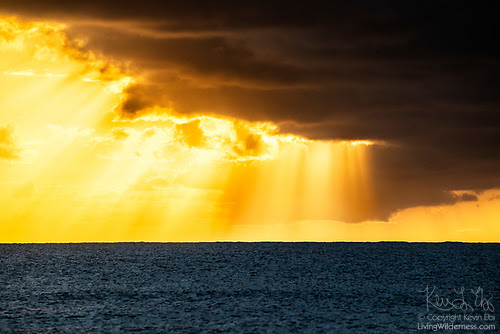 Still, the refuge spans a vast ecosystem that stretches from secluded beaches and coastal lagoons to mangrove wetlands and one of the best subtropical dry forests in all of the Caribbean.

That forest was where I started my Vieques visit and is where I found the butterflies. The forest was so dense that I couldn’t hear the ocean until I could see it. 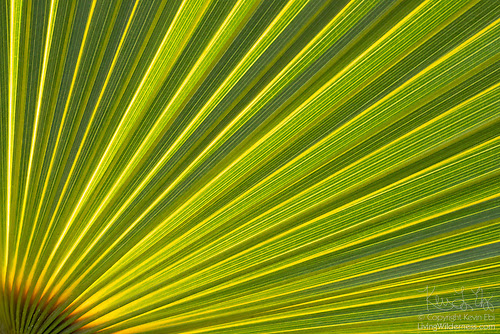 As I inched closer to the water, I ran into more coconut palm trees. I couldn’t resist creating some detail photographs that emphasized the radiating lines.

Playa Pata Prieta, also known as Secret Beach, was another highlight of my time there. It’s a gorgeous Caribbean beach, but I had it nearly to myself, despite the fact that the “secret” is clearly marked on the map they hand tourists at the airport. 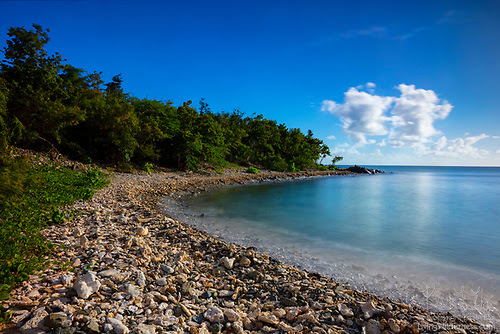 Continuing the theme of contrast, I put a strong neutral-density filter on my lens, allowing me to use an extended-time exposure even in bright sunlight. The Caribbean waves and cumulus clouds were blurred by the 10-second exposure, offsetting the sharpness of the rocks on the beach.

The refuge protects a number of endangered and threatened animals, including brown pelicans and four species of sea turtles. Many refuge visitors, however, hope to see the horses. 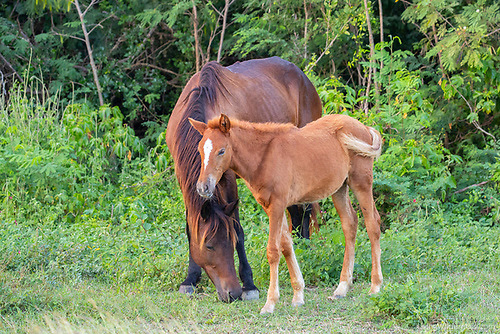 Vieques is home to about 2,000 Paso Fino horses that aren’t technically wild. They’re owned by residents who let them roam the island. Vieques is a poor island, so many residents have no choice but to let their horses find their own food.

There are consequences. Horses on Vieques have about half the life expectancy of similar horses elsewhere, prompting animal groups to intervene. It’s a problem that may get worse before it gets better, since some residents left for good after hurricanes Irma and Maria devastated the island in September 2017.

When I was there in December 2018, the island was still working on permanent repairs. There was a brief power outage when I was there and a slightly longer water outage. Still, those were just minor inconveniences in a wonderful nature experience. 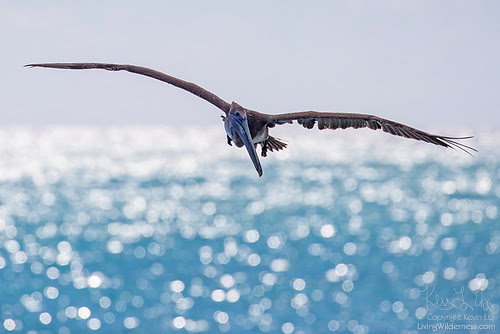