The “new” thing for better photography 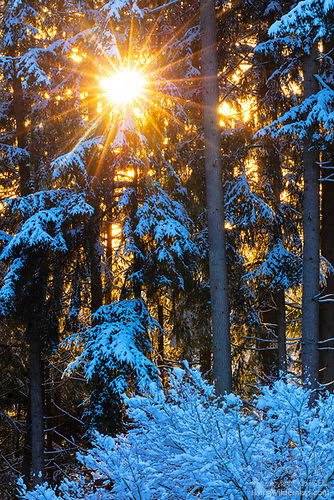 Photographers are conditioned to always need something new.

Often it’s equipment. We’re bombarded with ads for new cameras and lenses that somehow will immediately make our art better.

For nature and wildlife photographers, it’s also locations. There’s always some hot new location that promises incredible opportunities that are like none we’ve ever seen before.

But there’s one new thing that will make an even bigger difference in your photography. It’s attitude.

Beauty truly is everywhere. Street photographers seem to find it in the grimiest parts of cities, so if you’re a nature photographer, there’s no reason that you can’t find it in trees or plants in your neighborhood. You just have to believe it’s there.

This is a hard lesson to take to heart and I wish I was better at it than I really am. When I am in a location for the first time, I seem to find images everywhere. It’s more of a struggle in places close to home.

But you can find images in your backyard if you look for them. It begins by expressing gratitude. Be thankful that you are where you are. Remember what attracted you there in the first place.

I live about a half hour north of Seattle. It’s an area that I picked because I wanted to be somewhat close to a major city, but I also wanted to be close to nature. There’s a lot of development in my area, but my lot is also bordered by a dense, second-growth forest.

A few weeks ago, we had an incredible series of snow storms. At the peak, my yard was buried under 18 inches of snow — about four times the snowfall that we usually get in an entire year. As I was shoveling snow for the fourth time in less than two weeks, I was captivated by the beauty in my own neighborhood.

It was late in the day. The sun was finally coming out and its golden rays perfectly contrasted with the cold snow that covered the tree branches. I put down the shovel, grabbed my camera and explored compositions until I ran out of light.

The image at the top of this post was captured a couple hundred feet from my front door. It became one of my most popular images on social media so far this year, not that that’s my most important measure of success.

The picture and the experience of capturing it reminded me that if you open your eyes, you will find beauty. And adopting that mindset is the most reliable way to produce compelling images.