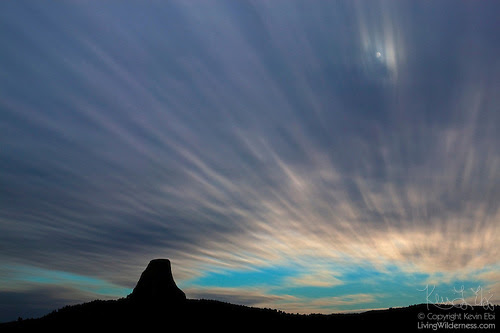 When you take a picture, do you capture or do you express? This question gets right to the heart of the art of photography, and it’s a shift that you have to make as you evolve from taking pretty pictures to crafting images that mean something to someone.

One of the easiest ways to trigger this transformation is to continue visiting beautiful places over and over. Imagine yourself the very first time you pulled out your camera at a wondrous viewpoint like Tunnel View in Yosemite. You likely framed the scene the way millions of people have framed it before you to capture a visual record of the beauty.

If you’re lucky enough to go back, you perhaps timed your visit for better lighting or more dramatic weather to add a bit of punch to what was essentially the very same shot. But if you keep going back and keep taking largely the same picture, a bit of awe will vanish each successive trip.

That’s actually a good thing. That will start you on the path to trying something different to bring some of that awe back. And here’s the thing: that awe may never have been in your pictures the first place.

The reflexive photographic reaction we typically have when we approach beautiful icons for the first time often doesn’t help transfer the wow you feel in your heart into your camera. Bringing the magic back requires stepping back, exploring and trying something different. A meaningful image isn’t guaranteed, of course, but this process—why does this scene matter so much to me and how can I capture that feeling?—generally puts you on the right track.

But it’s not usually feasible to keep visiting a location over and over again until you’re finally motivated to move beyond the standard shot. Another approach to crafting creative images involves resisting the temptation to set up the camera the moment you stop the car.

Experience the scene first. Think about what you want to say about it. My journalism professor created an exercise to help people get over writer’s block and it works for photography too. He would tell students to go somewhere, sit down, pull out their paper, and write, “At this moment, I see…” and describe what they saw. Then he would tell them to write what they heard. And smelled. And touched. And tasted.

It’s an exercise the opens your senses and makes you much more sensitive to the world around you. As a photographer, as your senses are on overdrive, think about what matters most to you. What do you want viewers to notice? What creative tools can you use to craft an image that highlights the message you want to get across with as few distractions as possible.

I think this image of Devils Tower in Wyoming illustrates what’s possible when your creativity is in tune with your experiences. It was captured on my second day at the national monument. A good friend and I had driven toward the park in the dark, hoping to capture a dramatic sunrise. We pulled over near an open field with an unobstructed view of the tower reaching into the sky.

We were early so I had time to experience the scene before my eyes. The nearly-black sky contained just the faintest hint of blue. The full moon was high overhead. Low clouds were racing by.

Devils Tower is an oddity. I’m from the Pacific Northwest where mountains are located right next to mountains. Devils Tower, however, is all alone. That’s what I wanted to express.

I made the tower a relatively small part of the image to show how it’s by itself. I also used a nearly 4-minute exposure to capture the motion of the clouds. The cloud streaks reinforced the concept of stretching. With such a long exposure, I had very little control over the moon. Luckily, it was blocked by clouds for most of the exposure; if it had made more of an appearance, it would have been completely washed out, looking like someone had taken a hole punch to my image.

(Cloud Streaks, Devils Tower is on display at the G2 Gallery in Venice, Calif., along with three of Kevin Ebi's other images as part of the 100 Year of National Parks series of exhibits. The image is also featured in Kevin Ebi's newest book, Our Land, which commemorates the centennial of the National Park Service. Follow his photography on Facebook, Twitter, or Instagram .)