The legend of the mice and the Douglas fir 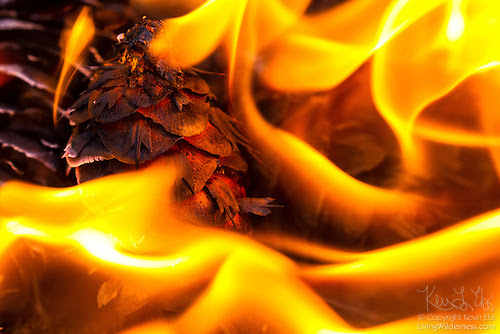 It was the middle of the night, but the forest was brightly lit as if it were day. A lightning strike had triggered a massive wildfire.

There had been other lightning strikes and other fires, but everyone from the smallest creatures to the biggest trees knew this one was different. Nothing was slowing it down. Not only did it continue to grow, but it grew at a faster and faster rate.

All the animals began to flee. Birds flew away. Deer and other many other animals ran, barely able to beat the heat. But the mice, with their tiny legs, fell farther and farther behind.

The mice ran as fast as they could but the fire was nipping at their tails. The heat grew unbearable. They frantically looked for shelter. They came to a tall big leaf maple tree — one of the tallest in the forest.

“Can you help us?” they asked the maple tree.

“I’m afraid not,” it replied. “I’m worried for my own safety. I can’t stop rustling my giant leaves with this wind. My leaves are only fanning the flames more.”

Next, they came to a western red cedar.

“Can you provide us shelter?”

“I’m afraid not,” the cedar responded. “My bark offers no protection from these flames. It’s already starting to singe.”

Finally, they reached a Douglas fir, who urged them to climb it to safety.

“Hurry,” the Douglas fir said. “My bark resists fire. Climb me to get above the flames.”

But it had been a very dry year, which provided the fire extra fuel. Many of its flames were as tall as the trees.

“Fear not,” the Douglas fir told the mice. “Climb inside my cones. They will protect you.”

The flames were only a fraction of a second behind, however. The mice dove headfirst into the nearest cone, making it only about halfway in before the fir tree had to snap the cones shut to provide them safety.

To this day, when you look at a Douglas fir cone, you can still see the hind legs and tails of mice sticking out, still seeking shelter from fire.

— Based on West Coast native legends 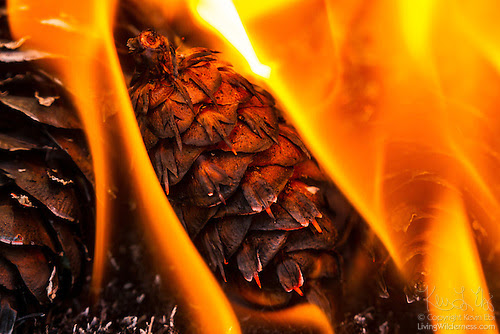 Hi there,
I work in outreach, and have recently been shown this story to share with kids attending our programs. The one we tell is adapted by Heidi Bohan, but is essentially the same. I've also seen various versions of this story around the internet. Some attributed it as indigenous or First Nations, and some just call it a local legend. Ms. Bohan hasn't seen it attributed to any specific indigenous group, and I have yet to find a source either. Can I ask the source of your Mice and Douglas-fir story? Would be very interested to know whether it is indeed First Nations, and would like to give it proper credit if so, or potentially think about the consequences of sharing it in a settler/colonial context.
Thanks. I appreciate your input.

When I have more time I'll dig back through my research material. I was never able to track the legend to one particular source. I found two major versions of the story — the other has the mice hiding from an owl — and was never even able to tie the versions to individual groups.

Did you find anything?

I first heard it from Steve Archibald, founder of the Journey's School, from Utah while he worked at Teton Science School, 1995.