March of the penguins 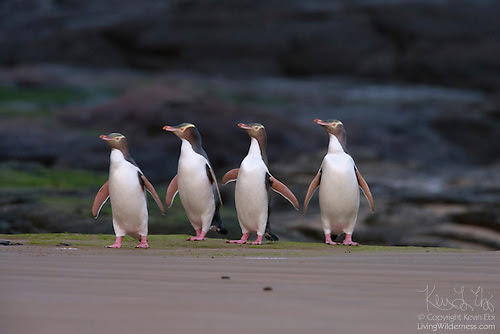 Think of penguins and you typically think of long lines of the flightless birds gathering on ice. New Zealand, however, is home to several types of penguins that march across bright scenery reminiscent of central California beaches, even if the temperature is closer to the Antarctic.

One of these types is the incredibly rare yellow-eyed penguin — one of the rarest penguins in the world. Considered by some scientists to be the oldest species of penguin in existence today, there are only about 4,000 left. And they’re all in New Zealand, where the natives call them Hoiho.

Despite the fact that they are so rare, if you see one you’ll soon see more.

One of the most amazing sites to see is to watch the yellow-eyed penguins come ashore in the evening. About 90 percent of their diet is fish. During the day, they will venture as much as 16 miles (25 kilometers) from shore, diving to depths of up to 400 feet (120 meters).

They spend the night, however, on shore, typically roosting in the brush on rocky slopes overlooking the Pacific Ocean. As the sun starts to set, you might see the head of a bird bobbing in between the waves. As it gets closer to shore, it will eventually select a wave and bodysurf onto the beach. 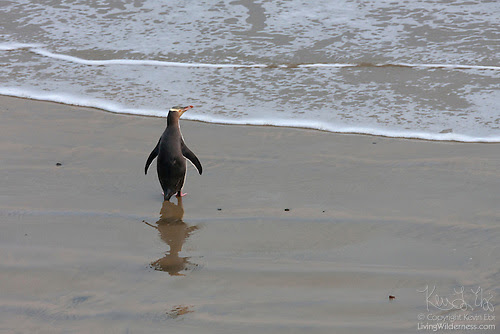 Even though it has likely spent all day at sea, it then turns and faces the ocean. And waits. And waits.

Once there’s a group of at least three or four penguins, they will start marching together up the beach toward their roosting spots. But every minute or so they will stop and look back at the water. If they see another penguin coming ashore they will awkwardly run back and greet it.

When the group reaches a half-dozen, the penguins spend a bit less time looking back. And if the group starts climbing the bluff, the penguins aren’t likely to run back. 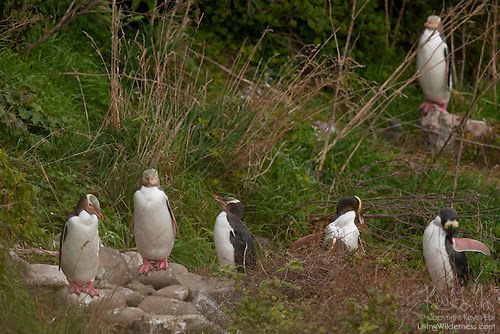 Their ability to walk and climb over obstacles is only marginally better than their ability to fly. They seem to do the penguin equivalent of a cost-benefit analysis, considering the amount of effort they will have to expend to greet the new arrival on the beach against the time that arrival will have to wait for more buddies to wash shore.

While they refuse to climb alone, they insist on nesting alone. They will not nest where they can see another penguin. Social hour is over.