Raining? Use an umbrella, not a lens cap. 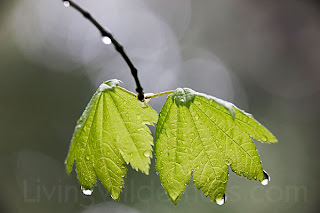 It's a gray day in Seattle, just like yesterday, the day before, and the week before that. It's the end of May, and I've been able to barbeque only twice so far this year. And one of those times was in the rain.

So what does this have to do with nature photography? If you only photograph (or barbeque) when the weather is just right, there may be long periods of time when you don't get to do it.

You may have to change your photographic style a bit. 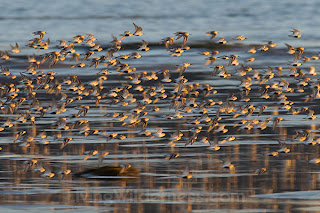 Everything old can be new again 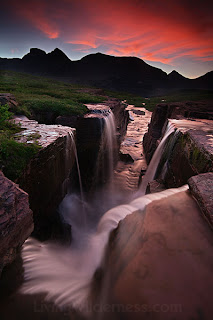 Last month, I wrote about sharing a small vantage point in Yosemite National Park with hundreds of other people, all hoping to catch one of the most photographed natural events in the park. This month, I want to talk about how to do your own thing despite that.

Everybody's doing it (and you should too) 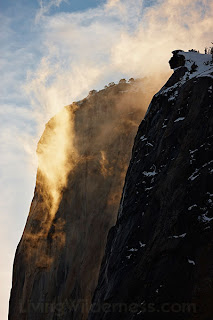 I'm waiting in knee-deep snow for a natural light show that may or may not happen. So are hundreds of other photographers. Any parking space within a half mile of good vantage point was claimed three or four hours before show time.

We're all waiting for the setting sun to light up Horsetail Falls, a thin thread of a waterfall that occasionally glides down El Capitan in Yosemite National Park. For a few weeks in February, if the conditions are just right, the setting sun will make the waterfall appear as if it were on fire.

And now, something different 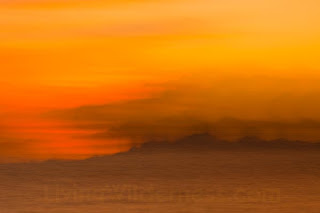 Imagine a print by Ansel Adams. You're probably thinking of a black and white image, impeccably sharp and detailed, perhaps of Yosemite. Now visualize something by Monet. You're probably seeing a vividly colorful "impressionistic" painting, perhaps of a Japanese bridge or the French coast.

A lot of artists have a definitive style. You can see a piece and instantly know that it is an Adams, for example. Cultivating a style can be key to developing your own brand as an artist.

But you may also want to try something else.

Ansel Adams once said that producing "twelve significant photographs in any one year is a good crop." I'm not going to go so far as to call these 12 images significant, but of the images I produced in 2010, they are my favorites. At least for now. My tastes change over time.

I posted my first "12 best" set last year, prompted by photographer Jim Goldstein. I'm doing it again because it's a worthwhile exercise. It can help you identify themes that you're passionate about so you can focus on them in the New Year. It can help you see where you're in a rut.

It can also help you feel better about your work. Creating a significant image is incredibly difficult. It's easy to get frustrated by uncooperative weather or wildlife. Reviewing your best work of the year can help you see the photographic drought was never as long as it seemed at the time.

So here are my favorites, in no particular order: 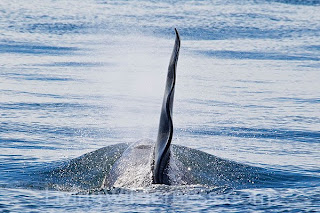 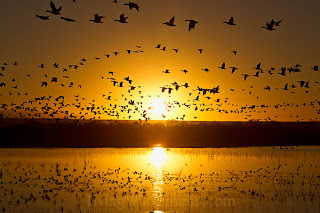 Getting great images is usually less the result of the equipment you have and more about being in the right place at the right time. In the past, I've written about how you should never write your plans in stone. Keep your eyes open and chase better opportunities, if they present themselves.

However, especially if you're traveling, doing a little planning in advance will almost always result in better photos. I recently took a trip to New Mexico. Here are some of the things I discovered: