The coyote and the river otters

Yellowstone National Park is home to nearly 400 species of animals. If you’re a wildlife photographer, the hope is that you will get to capture species interacting with each other.

A bald eagle swooping down to catch a fish is a somewhat common sight. Spend enough time there and you’re also likely to see a fox leap to pounce on a vole. The big hope, of course, is to see one of the park’s famous wolf packs hunt a bison or an elk, but that activity usually occurs miles out of sight.

On my latest trip to Yellowstone, however, I got to see a wildlife encounter that at first glance seemed downright strange: a standoff between a coyote and river otters. And it took place on ice covering the Yellowstone River.

River otters and coyotes are both predators. The otters have an exceptionally fast metabolism, so they need to eat often. They’re well adapted to catch prey in the water. In Yellowstone, fish make up the majority of their diet. Although, when times are tough, they’ve been known to catch birds and rabbits. Otters are weasels and they are skilled hunters.

Coyotes, meanwhile, primarily prey on small mammals — rabbits, mice and such. If those sources of food are scarce, they will take advantage of other opportunities. They’re omnivores. They’ll eat fruits and vegetables if they have to.

But winters in Yellowstone are harsh. Productive hunting grounds can be buried under feet of snow. I’ve been in the park when temperatures were as low as -20 degrees Fahrenheit (-29 Celsius), a deep-freeze that can cover some of the rivers with ice. It’s in times like these that hunting behaviors can take dramatic twists. 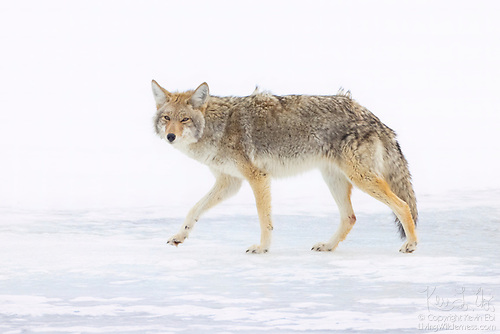 I was on a snow coach heading into the Hayden Valley, a part of the park that this time of year is accessible only on cross-country skis or with professionally-guided, specially-equipped vehicles. I saw a coyote walking on the frozen Yellowstone River, but didn’t think that was particularly odd. Ferocious winds were forming massive snow drifts. Our snow coach struggled with parts of the road. I figured it was simply easier for the coyote to walk on the ice. 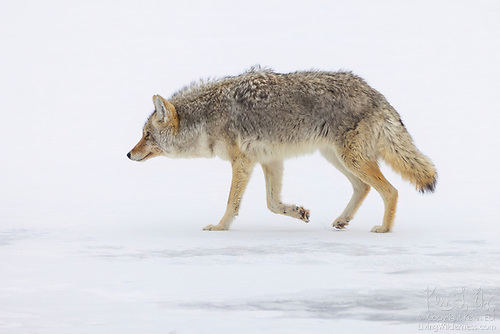 A few miles later, the road became impassable. One coach got stuck. Then another. Our guide offered assistance and then turned us around before we got stuck, too. It was on our way back that I discovered the coyote wasn’t just using the frozen river as a walkway. 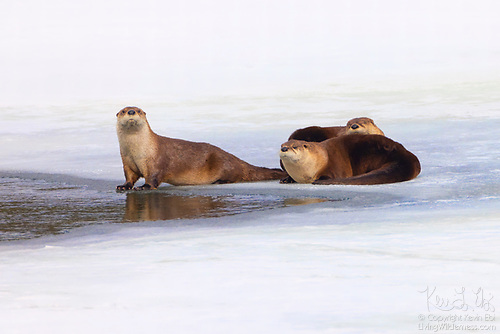 The coyote was standing at attention, staring at three river otters who were resting on the ice. One otter stared back; the others continued resting. The guide stopped the coach and let us off so we could watch the standoff.

The coyote didn’t have many options. It couldn’t sneak up on the otters. They were on high alert. And they were conveniently resting next to a hole in the ice, giving them an exit to quickly slip away. 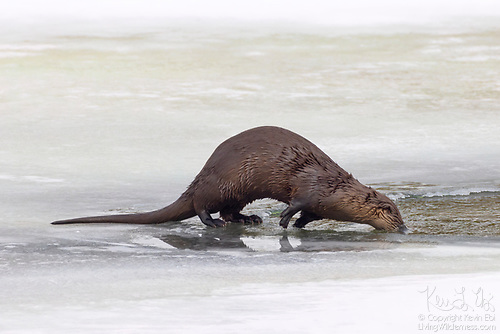 That’s exactly what the otters did when the coyote tried to slowly advance in their direction. But rather than take off down the river, they popped out of another nearby hole as if to taunt the coyote. 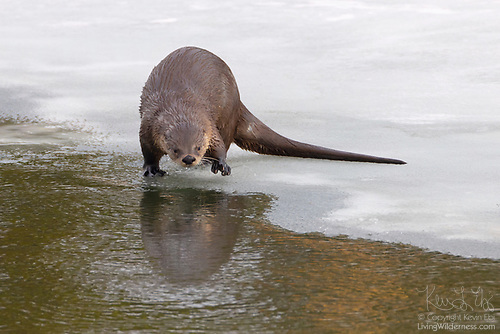 One preened. One slept. If the coyote appeared threatening, they would dive in and pop out another hole. 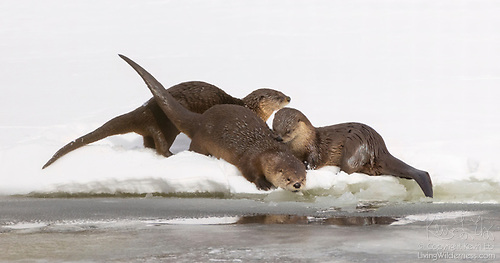 The coyote knew it wasn’t going to be successful and it soon gave up. But the attempt wasn't as ridiculous as it might appear. Otters’ eyes are tuned for hunting underwater and they’re nearsighted on land. While both predators may be incredible hunters, above water coyotes often have an edge. 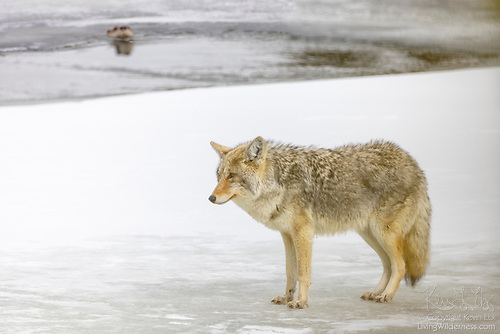