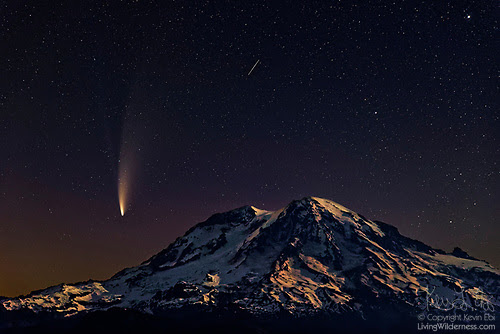 Normally when a photography project takes up a month of my time, I’ve spent many more months planning it. But my July photo project came as a complete surprise.

Comet C/2020 F3 (NEOWISE) put on a spectacular display for most of the month — the brightest comet to be visible in the Northern Hemisphere in more than 13 years. Given its magnificence, you might think there would have been plenty of advance notice. Even though I track comets, I had heard of it only the day before I headed out to photograph it for the first time.

I’ve been trying to create an artistic comet image for several years now. One of my long-term photography projects is to illustrate the lifecycle of water. Given that comets are composed of water from the earliest days of our solar system, they’re a perfect subject for that work.

I saw Comet Hale-Bopp when it put on a dazzling display in 1997. It made a strong impression on me, but that experience came a couple years before I became a serious photographer. I have no images of it. McNaught in 2007 was the first comet that I photographed, but it put on a better show for the Southern Hemisphere. I photographed a few very dim comets in the decade that followed, but the images were more artifact than art.

Comets are notoriously unpredictable. Comet Kohoutek in 1974 was supposed to be the “comet of the century,” but the sun’s heat caused it to partially disintegrate and it never came close to living up to that moniker. Even this year there were a couple of promising comets, but they fizzled before I could photograph them. In my experience, it’s rare that they live up to our expectations.

NEOWISE, however, didn’t seem to have any expectations. It was only discovered four months ago and it didn’t seem like it was going to be one to watch. It made its closest appearance to the sun on July 3rd. A few days later, it was bright enough to be seen in the twilight sky just before sunrise. 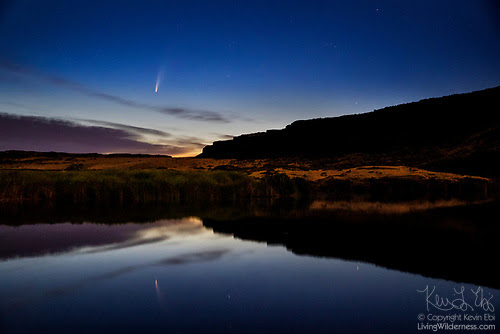 I’m based near Seattle where we had cloudy weather that week. My first experience with the comet came in the Columbia National Wildlife Refuge in eastern Washington where I was able to find a small patch of clear sky and a photogenic lake.

I was hooked. Now while I am fascinated with the night sky, I’m not an astrophotographer. I’m interested in pairing objects in the sky with features of the land. I made many more trips over the following weeks to try to incorporate the comet into different landscapes.

It turned out Washington state was a great place to be. From our latitude, the comet was visible all night for a couple of weeks giving me numerous options for photographs. The image at the top of this post was from a night where I climbed to an old fire lookout just outside Mount Rainier National Park so I could place the comet and mountain side-by-side.

I’ve posted several more of my favorite images below. You can click or tap on any of the images to view them larger, learn about the location, or order prints.

And if you’re interested in tracking comets, this site is the site that I use. It’s updated every week and it’s organized with the brightest objects at the top of the page. You can see how many comets are being tracked right now, which I think really helps to illustrate how special it is to find one like NEOWISE. 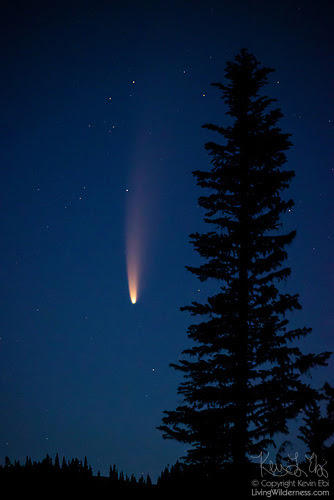 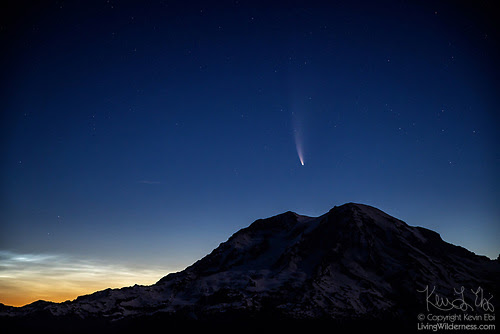 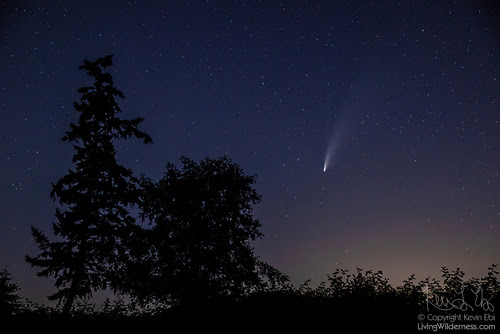 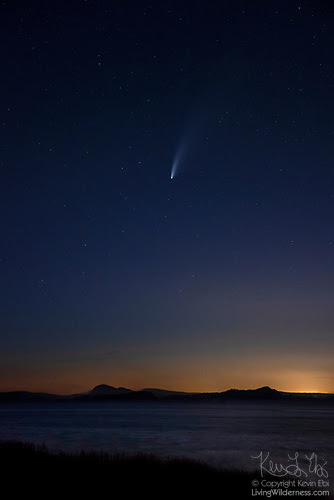