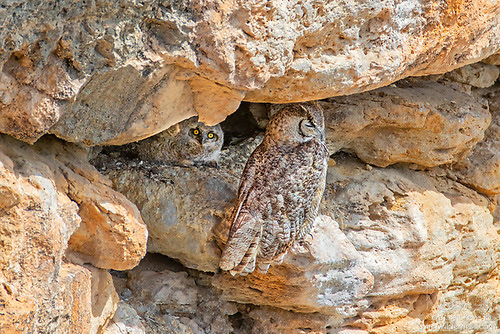 The Montezuma Castle wasn’t built for the Aztec leader. It isn’t even a castle. But it and the other cliff dwellings in central Arizona are still supporting life to this day, even though people haven’t lived in them for 600 years. 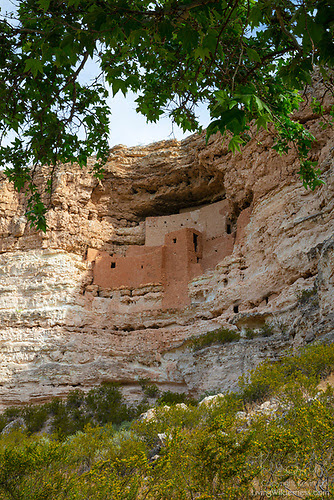 There are cliff dwellings scattered throughout the American Southwest, but among them, Montezuma Castle is exquisite. It’s five stories tall — the first story is 90 feet up a sheer limestone cliff.

And even though the Sinagua people who built it in the 10th century moved out around the year 1425, it’s still in reasonably good condition. They built it under a natural rock overhang, which helped shelter it from the elements.

Those qualities attracted the attention of President Theodore Roosevelt, who proclaimed it one of the U.S.’s first national monuments.

The result of heavy looting, Montezuma Castle’s 50 or so rooms have been off-limits to people for more than 50 years. When I visited the site in the late spring, I had to gaze up at the dwelling from a trail not far from Beaver Creek. When the Sinagua lived there, the creek would regularly flood — one of the reasons they likely built so far up the cliff.

Today, the cliffs are inhabited by birds, especially great horned owls who find value in shelter that provides such a sweeping view. At Montezuma Castle, one pair has built a nest in a natural cave just above the dwelling’s top floor. At Montezuma Well — a related, but disconnected cliff dwelling — another nest produced two owlets.

I photographed both nests, but I had more success at Montezuma Well. There, the official trail is on the rim, allowing me to capture the mother and one owlet from a slightly higher vantage point.

The dwellings may seem like they would offer a lot of protection, but they never were constructed as castles. A few days before I arrived, foxes attacked the owl nest at Montezuma Well. Rangers weren’t sure any of the owlets had survived. They hadn’t seen any since the attack.

I added an extender to my 600mm lens and trained it on the nest. I could immediately report good news. There was at least one owlet. I could see its feet moving at the back of its cave. Then, about a half hour later, it ventured out to the ledge, giving me a clear view while its mother rested her eyes.