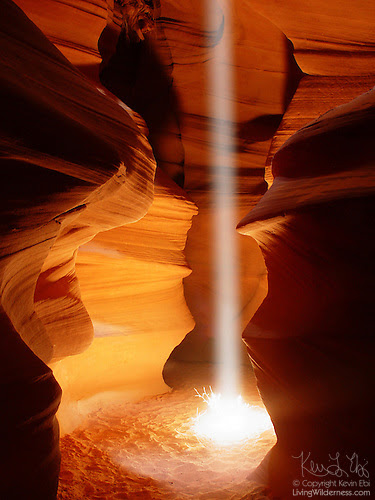 There’s been a lot of talk lately in nature photography circles about what constitutes art. This discussion comes up every so often, but this latest round was spawned by what seems to be an absolutely amazing accomplishment from one of our own — not that many of his fellow nature photographers want to claim him.

This photographer is sort of the Kim Kardashian of nature photographers, although that sounds worse than it is. He has lavish galleries in tourist hotspots, including four in Las Vegas alone. He’s been the subject of a TV show. All of his prints have titles that make them sound like luxurious scented candles. Maybe we are all a bit envious of him, but I think the issue is that he comes off more as a showman than a serious artist.

His latest attention-grabbing headline was that he sold one print for $6.5 million. To date, only 18 photographs have sold for a million or more. This photographer claims to have sold four of them. (His sales are to anonymous buyers and are the only in this elite club that aren’t independently verifiable.) If true, it is a tremendous accomplishment. By comparison, the most expensive Ansel Adams print sold for a mere $600,000.

On one hand, you’d think we’d be celebrating his accomplishment given the negative trend in the industry. With so many free images available online, even big, glossy travel magazines that are backed by credit card companies don’t pay for photography anymore. He appears to be a rare success story.

But few are celebrating and the central issue is that his image really isn’t all that unique — at least not anymore. It came from what’s now one of the most popular places to photograph in Arizona, a place called Antelope Canyon. It didn’t used to be this way, but hundreds of photographers now take pictures in that canyon every day. The beam that he photographed is the very first stop on what is now a guided tour.

And that’s where the rub appears to begin. One British newspaper columnist who comes off as more Internet troll than art critic got a lot of attention for a piece he wrote about the art sale. He says the fact that someone would pay so much for what’s now such a common image is proof that nature photography simply isn’t art. His argument never really advances beyond the “more money than taste” cliché.

The thing is, even if someone puts their tripod in the very spot you once stood, their image usually isn’t identical to yours.

I’m reminded of another photographer, Galen Rowell, who was leading a photography tour in Tibet and spotted a rainbow as his tour group was getting off the bus at the end of the day. He visualized a composition where the rainbow emerged from the Dalai Lama’s palace. To get the two to line up would require running more than a mile at high altitude. Nobody joined him on his run; they snapped pictures from the bus and went to dinner. They may have photographed a rainbow and the Potala Palace, but they didn’t photograph a rainbow ending on it. Their images aren’t the same.

So while everybody knows the beam in the $6.5 million man's image, you can’t argue that his is a run-of-the-mill image. It’s very sharp. His black-and-white processing is very dramatic. And the pattern in the shaft of light vaguely looks like a ghost.

It has never been easier, yet harder to be a nature photographer. From high resolution digital sensors that can take pictures in the dark to the computers in the camera that remove most of the exposure guesswork, there are fewer and fewer technical hurdles each year. As those technical barriers are shattered, there are more photographers producing more pictures every year. And they tend to go to the same places to photograph the same subjects in the same type of lighting. Does that mean we’re no longer making art? Were we ever making art?

I was lucky enough to photograph Antelope Canyon years ago when you could still have at least part of the canyon to yourself. That was a long time ago. I was still shooting film then. Back then, nobody had any trouble considering my work “art.” A number of my canyon prints are in private and corporate art collections.

Today, however, the opposite is true. Any image from a popular place seems to be automatically disqualified as art. There is a growing segment of photographers that are adopting more of a hipster view of art: if it’s popular, it’s bad.

I think such simple measures of what constitutes art are no better than the copycat artwork they criticize. In fact, people making those statements come off as old grumps, sounding much like the people who are constantly pronouncing that today’s music isn’t real music, whatever that is.

Someone who merely copies someone else’s work is not an artist, and that certainly is a problem within our ranks. One photographer once contacted an agent that represents my work to get the date that I took one of my images so he could visit the spot at the same time of year to create his own. That is embarrassingly wrong.

But I’m not willing to make a judgment beyond that. Throughout human history, we’ve been terrible at judging art in the time that it was made. The art world is full of masterpieces that are priceless now, but that the artists couldn’t sell at any price during their lifetimes.

In the end, I think this loud debate only serves to hurt the work of all nature photographers. Why would anybody take our work seriously if we’re spending so much time tearing each other down? Instead of finding fault with everyone else, we’d be better off stepping away from the computer more and honing our own individual creative visions. That’s what I plan to do.