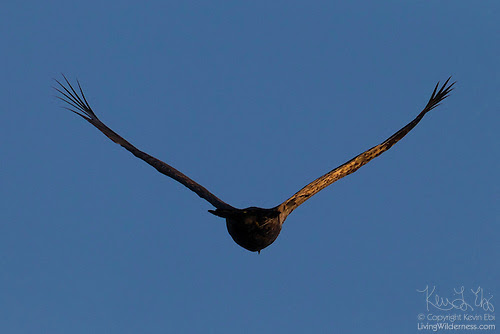 “Tony's restaurant is closed? I loved that place. I hadn't been there in a while, but their food was amazing.”

Ever said something like that? I'm guilty, too. This post is about how “Tony” must have felt.

Try as one might, I don't think you can build any kind of business on Facebook likes and Pinterest shares. It doesn't matter how much people like something. If they don't support it, it cannot survive.

I, along with many others, am struggling to cope in an environment where two dangerous beliefs are running rampant:

2. If you enjoy doing a job, you don't deserve to be paid for doing it.

Over the past few years, the number of people and businesses who believe those two things has grown exponentially. And if you're someone who produces work that is no longer valued, you cannot survive by continuing to generate it.

Liking one of my images enough to want to use it for free doesn't buy any food for my family. It doesn't reimburse me for any of the costs associated with producing the image, such as gas, park entrance fees, and taxes. It doesn't compensate me for my time.

With rare exception, nature photographers have not been paid to go out and take pictures. Unless they're lucky enough to work for National Geographic, they have to be entrepreneurial. They have to think of images that people and businesses might want, go out and take them while covering all the expenses out of their own pockets, and then trying to sell those images after the fact.

It worked, more or less, until a few years ago. With so many “photographers” now willing to work for free just so they can see their images in print, prices for images have fallen to zero in many cases.

Case in point, a few weeks ago I got an email from a large travel magazine. They loved one of my images and said it was the best image they had found to illustrate a story. But they “don't have a budget for photography.”

Even if you have only a slight interest in travel, you've heard of this magazine. They're even owned by a credit card company. They can certainly afford to pay, but they won't. And these days, they don't have to. I told them, “no,” but am sure they found an image to use in a half hour or less.

Not one to give up easily, I took on a huge project, a project I thought people would appreciate. For three years, I documented how young bald eagles grow up and learn to fly. The project involved about 1,000 hours of observation, photography, and HD video recording. It was the first extensive attempt to learn anything on this topic on 40 years.

When I couldn't get magazines to give appropriate attention, I decided to take the self-publishing route. I priced the electronic version at just $10. I got extensive media coverage on TV, radio, and a bird blog with a sizeable following. Despite all that, I sold only 19 copies.

While not everyone is in to birds, there was no shortage of interest in my project. I believe it was doomed by the belief that since taking pictures of birds must be fun, it's not worthy of money. I got plenty of emails from people about the project. The emails fell into two groups. People either wanted me to give them free images for various projects or they wanted free camera advice.

Trying to make a living in the art world is not a new concern. Legendary landscape photographer Ansel Adams struggled until he was in his 60s. Painter Paul Gauguin failed to sell about two-thirds of his pieces that are now considered masterpieces at his final exhibition. It goes on and on.

Adams survived by taking on a number of corporate photography projects, projects he really didn't want to do. I've done the same and I've come to believe that working two jobs — one that pays and one that doesn't — just isn't fair. The one that doesn't has to go.

For a few weeks, I have mostly been on a photography hiatus. I thought the hiatus would bother me tremendously. Instead, I discovered how much I had been sacrificing to produce something that people don't appreciate.

I lived like most people over these past couple weeks. When I finished with my paying job, I relaxed and spent time with my family. Yesterday, my wife remarked how great it was to spend an entire day with me. Before the hiatus, I would have tried to squeeze time for photography into a Saturday since time for my art is so limited.

So, the hiatus will continue. And this blog will end.

I started this blog to share some of what I learned about the art of nature photography. Despite reaching 25,000 people over the past year, I've received only one “thank you” for the hours and hours of effort I've invested in these writing articles.

I answered easily a hundred messages from people wanting personalized travel or camera advice. Despite giving them thoughtful tips, tips that took time out of my own busy schedule to provide, I can count on one hand how many expressed any gratitude whatsoever for what I had given them. None bought even an inexpensive 8x10 print to thank me for the time I had given them.

I'm not looking for sympathy. I'm not looking for a hand out. I want to leave this blog by helping people understand that producing art is work. If you want that work to exist, the best thing you can do is to help pay for it. Getting everything for free has only temporary benefits. In the long run, we all lose.

If you like the idea of community theater, go to some shows.

If you believe there's a need for journalism, buy a newspaper or at least pay for an online subscription.

If you like the idea of small neighborhood stores, shop at one every once in a while instead of always going to a large discounter.

If you like a photographer, buy a book or a small print.

It costs a lot of time and money to produce art. Artists rely on people who appreciate their work to help support it. Without support, art will vanish — like the restaurant people love but seldom visit.

(You can pre-order a copy of my Year Of The Eagle book until Sept. 13. I may continue to post images from time to time on my Living Wilderness Facebook page.)

Email ThisBlogThis!Share to TwitterShare to FacebookShare to Pinterest
Labels: business

I will miss you and your blog but I certainly understand your decision.