Shoot for the moon 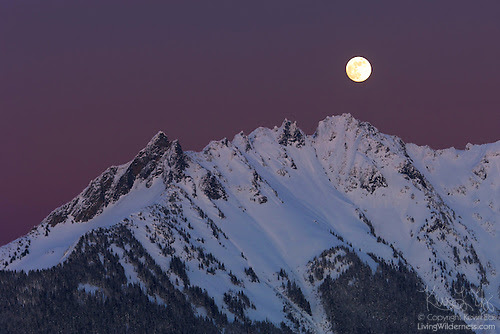 The full moon may provide an excuse for all sorts of crazy activities, but it can also provide an extra special element to landscape photographs. Here are some tips for capturing the moon as a part of a landscape image.

It's hard capture the full moon in your landscapes because, oddly, the most difficult time to photograph the moon is on the day of the full moon.

Without graduated filters or special processing, the difference in lighting is too much for the camera to capture. In the days of slide film, these photos of the moon looked as if someone took a hole punch to a slide. The moon appeared as a perfect white circle with no definition inside.

There is an easy solution. The moon actually looks full for several days. The day before and the day after the full moon, it is above the horizon while the sun is still up. The day before, the nearly full moon will be climbing in the sky just before the sun sets; the day after, it will be setting shortly after the sun rises. You will likely be able to capture the whole scene with a regular exposure. 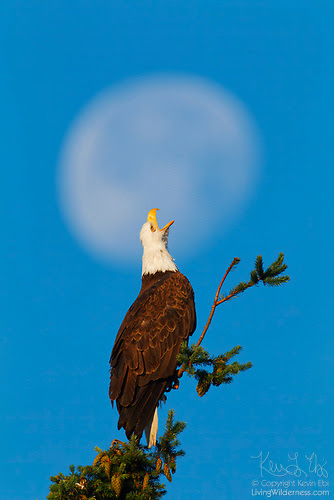 The image here was captured two days after the moon was full. In this case, you can tell the moon isn't quite full, but you may not have a choice if you're trying to capture the moon over a tall mountain or at the top of a tree.

When the moon is full, the sun, Earth, and moon have to be in a line. The sun and moon have to be on  opposite sides of Earth. Only one is “up” at a time. (Yes, I know it's only a perfect line during a lunar eclipse, but I'll let someone else explain that.) So the fuller the moon, the closer it will be to the horizon at sunrise or sunset.

While the day before or the day after is the easiest time to capture a moon that looks full, understand that if you need it to appear over mountains, you may need to head out a day or two earlier or later than that. It may not be a full moon, but it can be such a stunning addition to your scene that it may not matter if it's a 90 percent moon instead of a full one.

You don't need to have a background in astronomy to figure out where the moon will rise. There are software packages that will do the calculations for you. With some programs, you don't even need to be able to read a compass.

For the iPad, iPhone or Android devices, I use LightTrac. It overlays the angles of the sun and the moon over a Google Earth image. That makes it really easy to visualize where the moon will appear or the angle of the sunlight.

For Windows, I use Heavenly Opportunity. It calculates the exact position of the sun and moon for any time and place. It has a huge database of cities, parks and prominent features for the United States. You can also directly enter the longitude and latitude. I've used the program in Canada, Iceland and New Zealand. 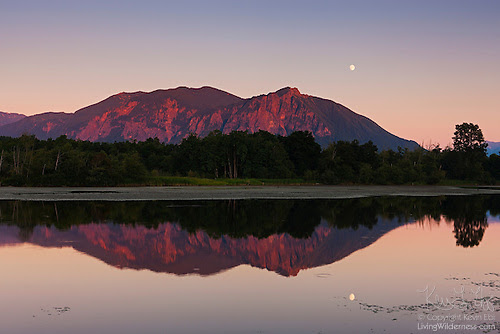 You will need a topographical map and a compass or angle finder to make sense of the numbers, but it offers a wealth of information to plan images ahead of time. There's even a search feature. If you know where you want the moon to appear, you can enter your desired coordinates and Heavenly Opportunity will tell you when to show up. That's how I planned this image of the moon over Mount Si in Washington state.

If you use the Daily Details feature of Heavenly Opportunity, it will tell you in degrees how high the sun or moon will be over the horizon at various times. You'll have to use the tangent function to calculate if the moon will clear a mountain from a particular point, but here are some rough figures you can use if you don't want to do the math.

Rules are made to be broken Just because the moon is very difficult to photograph when it's full doesn't mean that you shouldn't try.

This image is of the full moon over the Merced River in Yosemite National Park. It was taken before the sun rose, so I had to boost the exposure to capture any detail in the landscape. The moon, therefore, was over exposed, so its surface texture was too bright to be recorded. It'ts just a bright dot.

Still, the moon adds a special, peaceful quality to this winter image. This image just wouldn't have the same impact without the moon.

It's worth trying to photograph the moon whenever you can. Hopefully these tips will make that task easier.