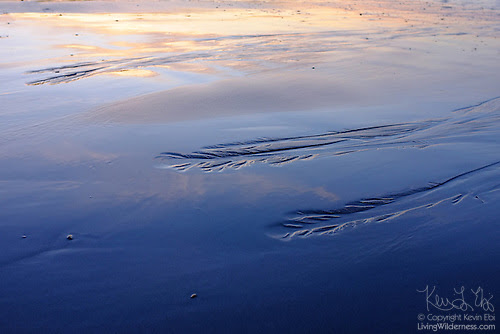 We are creatures of habit. That's well documented. In stores, we buy a particular brand simply because that's the brand we always buy. Many of us regularly check our messages whether or not we're expecting anything because we've gotten into that habit.

And as photographers, we're inclined to photograph a familiar subject a particular way simply because that's the way we've always done it. It becomes habit and we probably don't even think about why we're setting up the shot that way.

I'm just as guilty of this as anyone else. On a beach, I tend to immediately start looking for dramatic clouds or an alignment of waves. In a forest, I almost always look for wildlife, ferns or a nice arrangement of tree trunks.

To be more creative, it's important to try to break those habits every now and then. There are several exercises that can help you get out of any ruts you may be in.

One that I've used with students is to give them a small area where there isn't any obvious photographic potential and assign them to make 10 unique images. The first few images usually come easily. Then the exercise becomes incredibly frustrating as you try to find a new composition. By the end, it comes more easily again as you start to see new possibilities.

What I did recently was use an unfamiliar camera — and one that isn't at all designed for nature photography. A friend loaned me his
Fujifilm X100, a great camera, but one that's better suited for candid shots of people than sweeping landscapes and birds.

It's much, much smaller than the equipment I normally use, which is great, but it has a built-in, fixed-length lens. Its lens is always at the equivalent of 35mm; I'm used to being able to switch to almost anything between 14 and 600mm. With the X100, if I wanted to change the composition, I would have to get closer, back up or find something else to photograph.

So what could I do with a camera that wasn't really designed for what I do? It turns out, quite a bit.

At first, the exercise felt a lot like the assignment I give students. While walking in a forest, I really wanted to photograph a flock of starlings on a bare winter branch. I couldn't. With the 35mm lens, each bird would have been barely more than a few pixels. Then I found a nice cluster of trees. With the wide lens, however, I wouldn't be able to crop out a distracting roadway and street light.

Clearly, I couldn't work the way I normally work, so I started thinking, "What can I do with this camera?" I noticed the bark on one of the trees, switched the camera into macro mode and started photographing the patterns. Encouraged by the result, I moved on to another tree, which I found even more interesting than the last. Soon, I wasn't limited by the camera; I was limited by time.

At a beach, I initially found myself wanting a more powerful lens so I could zoom past a ferry terminal and ugly jetty. Then I stopped to think of other creative opportunities. Walking along the beach, I noticed great patterns in the sand created as the tide went out. Here, the camera's small size made it easier for me to maneuver around the waves and capture some stunning patterns.

Within seconds, I was so engrossed with the patterns that I forgot I had only one lens. It was no longer an issue.

In both those cases (and several others), the images I produced with the X100 were far different than what I would have produced with my usual bag of equipment. That's not a bad thing at all. My creativity was limited; not the camera. Forcing myself to use different equipment helped me see differently. And despite its single-length lens, I was sorry to have to give the camera back.

If you find your creativity is limited, try setting even more limits for yourself. 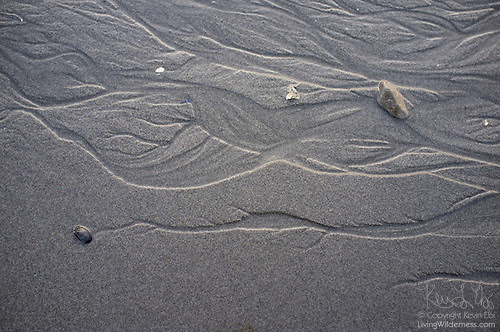 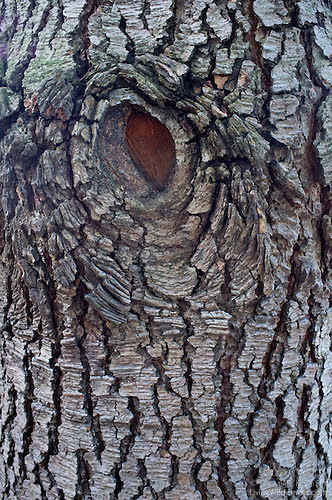