Camera settings hold us back 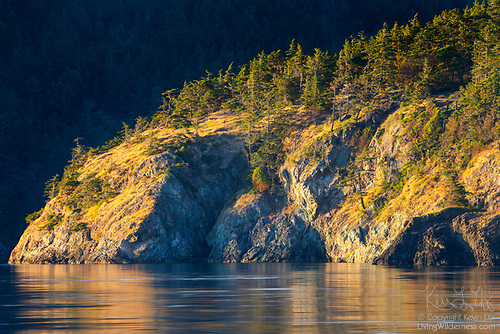 Perhaps more than any other form of art, photography is treated as a technical pursuit. That’s not to say that other forms of art can’t be highly technical — they are! — but most people can appreciate a painting without asking about the specific brands of paint used, the wrist action used to apply it, and so on.

I think the obsession with settings comes from the fact that most people understand images are the result of settings, even if they have no idea what any of the numbers mean. Especially with modern cameras, the mechanics of taking a picture are simple. Whether or not that picture turns out is a matter of the settings. The settings are what hold back most budding photographers.

But I’m not sure the settings are any more useful even for people who do understand them. The obsession with the numbers treats photography like a math problem. The implication is that there is a correct answer. The result is that we produce images by rote, not reason.

In any given photographic situation, there is a tendency to want to replace variables with constants. There is a particular aperture that will maximize the resolving power of your lens. There are various shutter speeds that will eliminate any trace of blur depending on the animal and type of motion. The question we should be asking is if those settings make the pictures interesting? Do they make the role of the photographer valuable?

How we talk about the work that we do matters. Prices for photography have been plummeting for some time. At an agency where I used to supply some of my work, photographers are now earning just a few pennies for images that took hours and hundreds of dollars to produce. But then if we make the act of taking a picture sound like an eighth-grade algebra problem, why should we be surprised when people treat our work like a generic commodity?

I think we would be better off if we spoke of intent, instead of integers.

The image above is of Deception Pass in Washington state, an area normally known for dangerously rough waters. I’ve seen whirlpools twist as water races through the narrow passage. This picture, however, was taken at one of the highest tides of the year when the water was downright calm. In the late evening light, it was almost like glass, reflecting the golden bluffs along its northern edge. I was moved by a sense of peace in a place that I normally associate with violent flows.

The few ripples on the water were caused by a light breeze and a sailboat and I wanted to smooth them a bit. I had planned to do wildlife photography, so my darkening filters were back at the car. Slowing the shutter speed enough to soften the water required me to use an aperture where diffraction would cost me some sharpness, but so be it. Another photographer would have made different choices. That’s ultimately what makes any of this art.

The next time you have an opportunity to talk to a photographer about an image that you find interesting, consider asking about how they approached the scene rather than for their settings. The answer should be far more illuminating. Settings hold us back.