Look at all the eagles 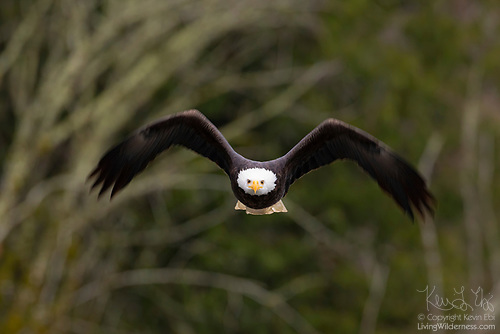 When I was working on my bald eagle book 10 years ago, the bird often drew attention. Many times when I was photographing one, people would stop and talk about how cool it was to see it.

Fast forward to this past week. I was in a field with several other photographers when a pair of bald eagles circled over us. Nobody else looked up. Short-eared owls were deemed more interesting.

Between 2009 and 2019, the bald eagle population in the contiguous United States quadrupled, according to a new census from the U.S. Fish and Wildlife Service. There are now an estimated 316,700 eagles in that area, including 71,400 nesting pairs. Compare that to 1963 when there were just 417 nesting pairs in that same range.

Watching a bald eagle at work will always be a magnificent sight, but I’m glad that it’s no longer a particularly unusual sight.

There was a lot that went wrong that caused the bald eagle population to plummet as low as it did. And it took tough decisions and hard work to change the trend.

By the way, the image at the top of this post was captured a few months ago along the Nooksack River in Washington state. During the winter, the river itself is home to hundreds of eagles.

(Kevin Ebi's book, "The Year of the Eagle," is available in softcover and electronic editions. Follow his photography on Facebook or Instagram. Prints of his images are available through LivingWilderness.com.)