The cycles of elk 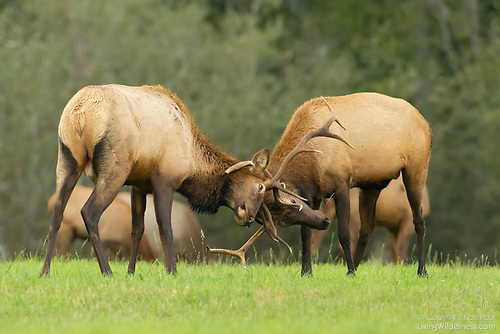 The clacking of antlers is one of the unmistakable signs of autumn. While elk spend much of the day feeding peacefully, every so often two of the larger bulls will literally go head-to-head in a demonstration of strength. The winner gains mating privileges. You can almost set your calendar by the action.

But there are several cycles on display in this image. The beginning of mating season marks the starting point of one.

Elk antlers have their own cycle, too. Early each spring, the bulls lose their antlers. Over the summer the antlers grow back so that the bulls will be ready to fight in the fall. 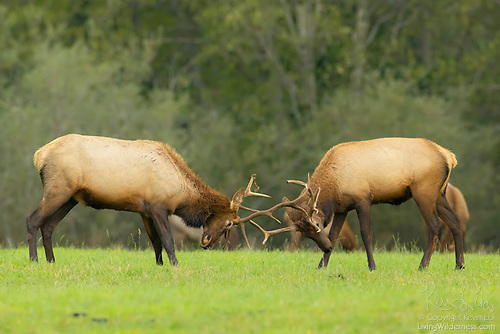 And there’s a much longer-term cycle here too. Elk are native to the Snoqualmie Valley. For generations, Native Americans relied on them. But by the mid-19th century, as more and more white settlers moved in and hunted them, the population vanished. 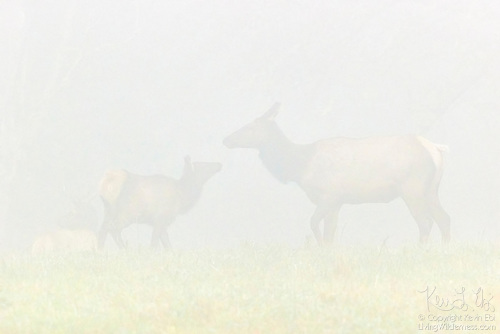 The elk that are here today are the result of a re-introduction effort that took more than 100 years. Just over three dozen relocated elk arrived from Yellowstone National Park in 1913. 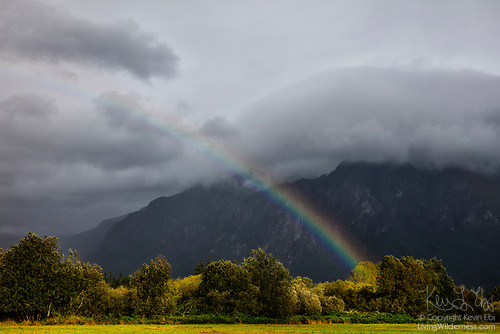 The effort wasn’t easy. The herd nearly starved to death during World War II. It took another 50 years until they were numerous enough to be seen regularly in the valley.

They seem to be thriving today, but they’re not a perfect replacement for the original elk. Today’s elk are descendants of Rocky Mountain elk, slightly larger than the Roosevelt elk that were native.

Still, the valley looks more today like it did nearly 200 years ago. 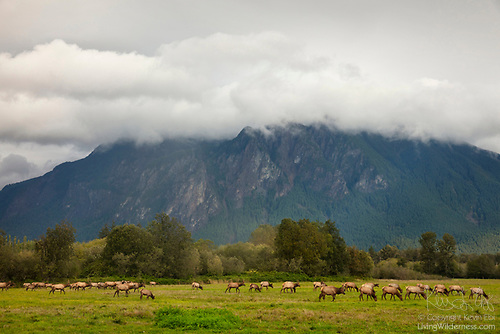