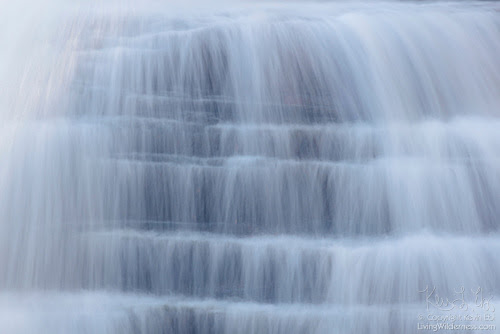 If you’ve only visited the national parks of the U.S. west coast you have a very specific view of what national parks are: spectacular wonders of nature that were preserved before development had much of a chance to alter them.

But the definition broadens as you head east. A national park isn’t necessarily pristine wilderness. And if you can get past the fact that the water in one used to catch fire, beautiful scenery awaits.

In all honesty, I ended up in Ohio’s Cuyahoga Valley National Park because I didn’t have a lot of other options for fall color. I was on the east coast for other obligations and had a few free days for photography. In a normal year, I would have had dozens of options, but the unusual summer put the Cuyahoga near the top of a very short list.

I started one hike with not one, but two interstate highways whizzing on an elevated platform a hundred feet over my head. And that’s an improvement. 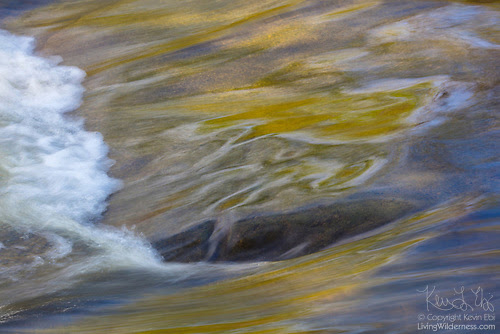 The Cuyahoga River was once one of America’s most-polluted rivers. There were no fish in the 40-mile stretch between Akron and Cleveland. It caught fire at least 13 times over 100 years, once doing more than $1 million in damage to property along its banks. Time magazine once described it as a river that oozes, rather than flows. Outrage eventually triggered water-quality regulations.

Part of the park known as the Beaver Marsh has also had a troubled history. Beavers moved into the area after they were displaced by canal construction. In time, farmers displaced the beavers. Later, a junkyard replaced the farmers. The marsh is back thanks to an army of community volunteers. 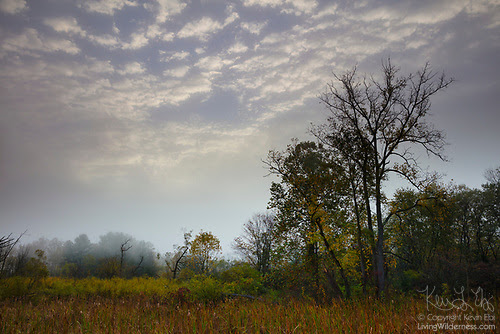 It was initially hard for me to overcome my bias against places like the Cuyahoga Valley, but by my second day there, I began to see potential photos everywhere.

Brandywine Falls is perhaps the crown jewel of the park. Once I looked past the rubble of a former power plant at its crest, I noticed its gorgeous terraces as well as swirling colors in the creek that fed it. 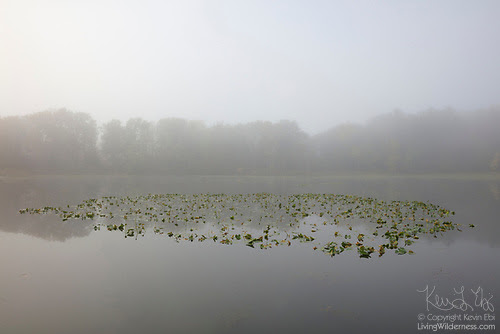 Killdeer and other birds were looking for food along the edge of Kendall Lake. I spent well over an hour photographing fall color through the fog rising off its surface. Then I discovered a patch of water lilies that seemed to form a circle.

And even the Cuyahoga River was beautiful. The only thing I found ablaze was the reflections of the fall color. 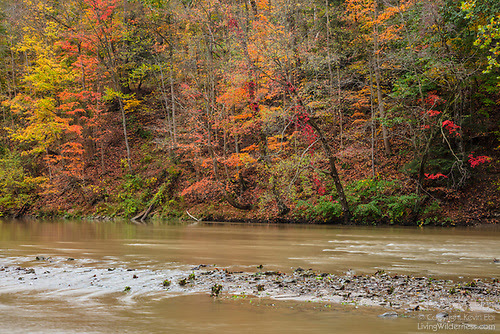 Over the nearly two decades I’ve been a nature photographer, I’ve learned that attitude is more important than luck. It’s not always easy, especially when I’ve been spoiled by the wondrous parks in my home state. But once I saw Cuyahoga Valley National Park as it is today — and not as it was 50 years ago — the images flowed.