In honor of Mountain Light Gallery 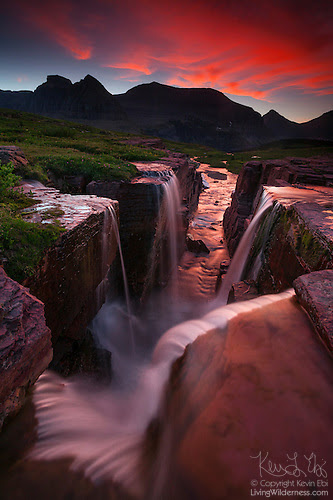 While I learned the art of nature photography through independent study, there’s no question that Galen Rowell was my professor. We had never talked and he had likely never seen any of my work. He died 15 years ago, just before I landed my first major publishing credits.

But about 10 years ago I got an opportunity to visit his Mountain Light Gallery in Bishop, Calif., which had become a museum for his life’s work. In addition to showing his classic prints, there was even a display case housing one of his lightweight Nikon 35mm cameras. I’m heartbroken on hearing the news that the gallery will close within the next few weeks. Everything — including the last prints bearing his signature — is priced to sell.

To be an artist, it’s imperative that you find your own voice, but you start that journey on a path others have laid.

I didn’t take up photography until I was in my 20s. I had a job where I was off work in the early afternoon every day, which gave me time to hike or kayak while everyone else was still trapped in their offices. I got to see incredible things. I’ll never forget the day a heron spent the better part of a half hour fishing a few feet from my kayak.

Photography was a vehicle to share my experiences with others, but my early results fell flat. They just didn’t capture any of the excitement I felt witnessing these wondrous things. So I turned to books and the work of nature photographers I admired to try to learn how to capture feelings on film. Galen’s work immediately stood out.

Millions of people have photographed Yosemite, but Galen’s images truly came to life for me. He used dramatic weather and lighting to turn an instant of time into something that felt like an epic movie. And he did that wherever he traveled. Galen seemed to be in the right place at the right time all of the time. Once-in-a-lifetime shots were just a day’s work.

I wanted to learn how he did it. Fortunately, he freely shared his knowledge in detailed essays in his books and his Outdoor Photographer magazine columns.

One of his primary tools was an extensive knowledge of the physics of light. He knew exactly where rainbows would form and when rocky features would bend sunlight in interesting ways. And he certainly knew how to get the most from a sunrise or sunset. Between his knowledge, his observational skills and his top physical shape, he knew when nature was poised to produce an extraordinary show and he could get into just the right position to capture it.

He branded his type of photography “active participation,” which he spoke of as possessing the athleticism to get to the best vantage point, but I believe there’s even more to it than that. His active participation also involved being one with nature so that he was able to anticipate incredible opportunities rather than simply scrambling to react to them.

It was that latter point that really spoke to me. He recommended a couple of physics of natural light books, which I studied over and over again. That knowledge has repeatedly paid off for me, perhaps most notably in my image of Haleakalā National Park, featured on a U.S. “Forever” postage stamp.

By all accounts, Galen wasn’t patient, so he probably wouldn’t have waited 90 minutes on the mountain rim as I did in hopes that the sun might break through the clouds. But based on the angle of the sunlight, he knew where a rainbow could appear or how to move it to put it in a more photogenic position. Thanks to him, I had that knowledge as I got my minute of sunlight. I didn’t have to chase the rainbow. My tripod was already in the right spot.

Galen’s essays also taught me to see as a camera does, a skill that’s crucial for capturing images the way you want them to appear. While our eyes can see an incredible range of contrast between light and dark, a camera can capture very little of that.

He worked with a filter company to perfect the graduated neutral density filter. It’s a long, rectangular filter that’s dark on the top and light on the bottom, with a small band of transition in the middle. It allows the photographer to balance a bright sky with a foreground that’s in the shade, compressing those wide tones so they fit within the narrow range the camera is technically able to capture. Your eyes can see details in bright light and shadows, but even to this day cameras cannot.

I still use filters he helped design even though many of my peers now work around the limitation of cameras by compositing multiple exposures in Photoshop. I think the filters better preserve contrast within the sky and the foreground. Also, by working from a single image, I have little work to do in Photoshop later.

While I believe strongly in crafting my own images rather than mimicking others, there was one time I found myself in Galen’s footsteps. In Glacier National Park, Montana, not far from Logan Pass, there’s a place where a few waterfalls converge. When the conditions are just right, it is a simply stunning scene. Galen managed to turn them into something that became larger than life — both figuratively and literally.

His epic scene became the cover of the first edition of his book, North America the Beautiful. He used two of the waterfalls like bookends for a vibrant sunrise, jockeying into a position where he could get close enough to one to make it appear as big as a Yosemite waterfall, even though it's just a tiny fraction of the size and flows only a few weeks per year. (It also didn’t hurt that his caption described how glaciers carved hanging valleys.)

I was also blessed with a fiery sunrise on a morning I spent at the falls (my image is at the top of the post). I was intimately familiar with Galen’s image, but I also wanted to craft something that truly was my own.

My inspiration came from two things. First, the sky was absolutely ablaze. The bright color stretched across the sky, its intense light reflections amplifying the red rock of the gorge.

Second, I was standing about 400 feet below the Continental Divide. On my side of the invisible line, water would eventually reach the Atlantic Ocean. Not far to my back, water flows instead into the Pacific. I liked how several creeks were already coming together so close to a point of division.

So instead of delicately balancing myself on a narrow ledge between two of the waterfalls as Galen did, I walked to the back of the gorge and climbed into one of the creeks. With my toes freezing in the meltwater, I had to stack two of my Galen Rowell filters to darken the sky enough so that it would balance with the gorge.

I’d like to think the image I created is uniquely my own, but this really illustrates the impact that Galen had: You can see five waterfalls in my image, but for many years I got emails from photographers asking for directions to “Double Falls.” That’s what Galen titled his image.

I wish the Mountain Light Gallery could remain tribute to Galen’s work, but I understand that’s not a viable business model. Even the Ansel Adams Gallery in Yosemite National Park has only a few pieces of his left on display.

Still, all artists have heroes that they look up to and have learned from. I am sad that the work of one of mine is fading like the light at the end of alpenglow.