There are no correct answers in art 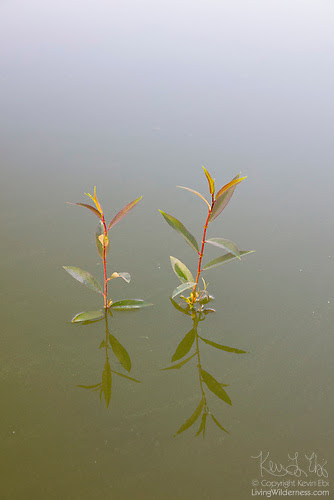 When I first took up photography, I read a lot. I hadn’t studied art previously, so I didn’t know about composition, lighting, design — the elements that turn a snapshot into a photograph. And the more I read, the more I was turned off.

A common refrain was that there was a “correct way” to photograph everything. It quickly became obvious why all of the animal pictures I had seen in local photo competitions looked the same and why there were so many images of flowers growing out of old wagon wheels.

After reading enough to learn how cameras and film worked, I switched to studying art. And especially after studying the works of the impressionists, I came to believe that there’s no correct way to photograph anything. 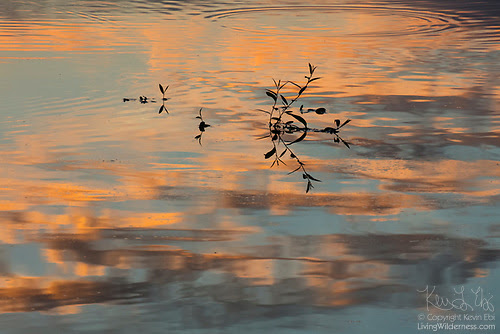 Both of the images in this post are images of sprouting willow trees in a pond. They aren’t the same sprouts, but they were only about 20 feet apart. Both images are of the same pond. They were shot at about the same time of day, one week apart. And I like both, although they say completely different things.

The vertical image is almost an image of hope. Here the trees sprout up from the perfectly still green water and reach up into an infinite background.

The sunset image, however, feels more like a story of persistence. The trees are smaller in the frame, dwarfed by the reflection of stormy clouds on the rippled water.

Neither is correct. If I prefer one, it’s based on how I’m feeling at the time, not because of any photography formula.

Monet had several projects that involved painting the same subject over and over at different times and weather conditions. In each series — whether it’s of the Waterloo Bridge, the Rouen Cathedral or the haystacks —the compositions are almost identical, although each painting is truly unique.

Creating art in nature photography is a process of turning all the visual elements you’re given into a combination that speaks to you. It should be a deeply personal process. There is no correct answer.

Fully agree with you. The creativity behind what we capture is affected by what we see, feel and out mood at the time of taking the photos. Artistic freedom is the ability to create something using the emotional tools we have at the time of capture, not a 'theoretical recipe' from a book. The 'theoretical recipe' should just be used as a guideline.
Thank you for your blog.