The legend of the black crow 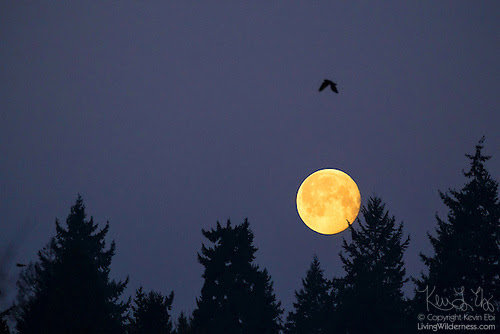 Today, crows are as black as night, but they used to be as white as snow. But appearances can be deceiving anyway.

While its color has changed over the years, its voice hasn’t. The crow has always been a loudmouth. And that’s what got it into trouble.

One particularly loud crow used to hang out with the buffalo. Crows like easy meals and the plains where the buffalo grazed were full of food.

The promise of food was what also drew people. And their food was the buffalo.

The crow looked out for the buffalo. Whenever he saw hunters approach, he would scream, “Caw! Caw! The hunters are coming!” The buffalos would then stampede and run for safety.

The hunters tried to be more discrete, crawling in tall grass toward the buffalo, but the crow still spotted them and yelled at the buffalo to run away.

As people starved, the chief called a meeting to try to devise a strategy to silence the crow. One young man volunteered to disguise himself as a buffalo, which he said would allow him to get close to and finally capture the crow.

The next day he put on his buffalo costume and joined the real buffalos, pretending to graze as they did. Then the hunters approached.

As he always did, the crow yelled, “Caw! Caw! The hunters are coming! Save yourselves!”

All of the real buffalo stampeded off. Only the young man in the buffalo costume remained on the plain. The crow was puzzled and came in close, landing on the young man’s back.

“Are you deaf?” Crow asked. “The hunters are coming! Run while you can!”

The young man quickly grabbed the crow and tied him to a heavy rock so he couldn’t fly away. He brought the crow to the chief who called another meeting.

“What shall we do with this crow who has caused so many of our people to starve?” the chief asked.

“Throw him into the fire,” shouted one man.

So they did. But that plan wasn’t as well thought out as their first.

Of course, the first thing to burn was the rope, quickly setting the crow free. But the smoke and soot colored his bright white feathers black. And as he flew away into the night, the crow promised never again to interfere with a hunt.

— Based on a Brule Sioux legend

Thanks so much! What I find interesting is that any time I post a crow image over on the Living Wilderness Facebook page, I lose a handful of followers. I'm not sure why so many people seem to hate crows so much. Glad you enjoyed this!