A tripod with sea legs 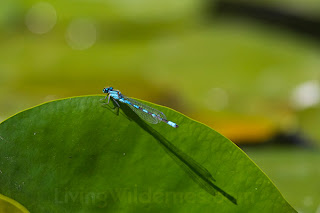 People often ask me what they can do to improve their images. Often, I reply, "Get a tripod."

I'm a firm believer in tripods, so to speak. They allow you to capture sharp images that could be impossible to capture with shaky hands. They also slow you down. In the time it takes to set up your equipment, you can also think about whether your first idea for a composition is really the best it can be. Nearly all of my images were captured from a tripod.

This one wasn't. And it wouldn't be anywhere near as good if it had been.

My inspiration to become a nature photographer came not from seeing the great work of the pros before me; it came during a canoe trip through the Seattle Arboretum. As I rowed through the wetlands, I was absolutely amazed that wildlife that wouldn't let me approach within a 100 yards on land would completely ignore me on the water.

Great blue herons would fish barely a dozen feet from the boat. Baby ducklings would swim up and try to eat my oar. I got a camera and took up photography to show others the wonder of the wetlands. And as often as I can, I take to the water to capture images that would be difficult, if not impossible, to capture on land.

This image of a familiar bluet damselfly casting its shadow on a water lily is such an image. During mating season, these insects spend nearly all of their time on the water.

This one is a male who hasn't found his mate yet. All around me, dozens of other males had. Once the males find a mate, they grab her neck; the end of their tails works like a claw. Once joined, they fly in tandem from water lily to water lily, depositing eggs just below the surface of the water.

It's an absolutely amazing to watch. I was able to photograph this once from shore, but most of the time, they're farther out in the wetlands. A boat is the best place to capture the action.

To capture this guy, however, I still needed a fairly powerful lens. This was captured using my 100-400 lens at full power with a 1.4x extender added. The final focal length is 560mm. With that much zoom power, I needed to find a way to keep the camera very steady or I ran the risk of getting only blurry images. Basically, I needed a tripod on the water.

Over the years, I've come up with a steady camera system that works for me and the key part is to get an inflatable kayak. I have a two-person Sevylor inflatable kayak, which actually looks a little more like a canoe. I rarely take a second person, using the second seat to store my gear or to stretch out so that I can lie down in the boat.

I use the boat's soft, squishy sides as the tripod replacement. I lie down in the boat and rest the lens barrel on the side of the boat. It has a little give and it acts as a stabilizer. With some practice, you can stabilize the lens as well with the boat's side as you can with a camera bean bag.

An inflatable kayak, however, does pose another challenge. Because it's filled with air, it's relatively light. If there's much wind at all, the kayak acts like a kite.

There are two ways to deal with this challenge.

First, paddle at a moderate speed and then stop paddling when you're 15 feet or so from where you want to be to take the picture. As the momentum carries the boat forward, get into shooting position. You will need to use a fast shutter speed to compensate for the movement of the boat, but at least the boat will be going the direction you want (hopefully).

Whenever possible, however, I try to get my kayak tangled in lily pads. If there are enough lily pads under the boat, friction should keep your boat in place.

As for keeping your equipment dry, I bought a dry bag at a sporting goods store. You can also find them at a boating supply store. These bags are made of a waterproof material and the opening has several rubber strips. When closed properly, the bag is completely watertight. Some dry bags also float if they end up in the water, providing a little extra protection.

I also carry with me an absorbent cloth to dry up any water droplets my camera may catch.

I've been doing this for well over a decade now and I've yet to lose or damage a piece of equipment, but that's no guarantee. Make sure all your equipment is insured and don't take anything out on the water that you can't afford to lose.

The full resolution file of the image at the top of this post is so sharp that you can see each individual hair neatly on his head. It does the bluet justice; after all, he's trying to look nice for his date.