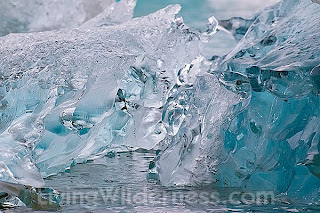 A great image, whether used in a magazine or a textbook or on an art collector’s wall, says something. It creates a feeling. It tells a story.

The art is in how you tell that story. The ability to tell a story with a camera makes the difference between a snapshot and a work of art.

One of the most common mistakes in visual storytelling is trying to say too much with one image or even one series of images. The result is an image that lacks emotion. It may be a faithful record of the scene, but without a story, the viewer tends to quickly move on. It just doesn’t hold their interest.

You can help the viewer by boiling down the image to its essential parts. Before you click the shutter, think about what you’re trying to say. Compose the image so that you include only those elements that help to tell the story. A picture may be worth 1,000 words, but you shouldn’t use 1,000 words when 10 will do. Eliminate as many distractions as you can.

The thing is, we do this naturally when we tell stories (although some people are better at it than others.)

I saw a funny reader board last week. When I tell friends about it, I don’t tell them about the CD I was listening to as I drove by it. I don’t describe the gray skies that were finally starting to clear up. I don’t talk about the gyro I bought for lunch at a Greek restaurant where I couldn’t get a table because it was packed with people watching a soccer match.

Those random details — even if they were interesting on their own — have nothing to do with the reader board, which was about recent high school graduates being thankful for divine intervention. Every superfluous detail only takes away from the punch line.

The image at the top of this post is from Jökulsárlón, an iceberg-filled lagoon in southern Iceland. The lagoon has lots of stories to tell.

Hundreds and hundreds of icebergs get trapped in the lagoon, which is located in a short river between a mountain and the Atlantic Ocean. Some icebergs try to escape, but frequently waves and the tide push them back in.

Much of the ice is older than Iceland. Some of the ice floating in the lagoon today formed 400 years before the first settler arrived. The lagoon itself is quite young. It first appeared in 1935 and has more than doubled in size over the past 35 years.

As stories go, that’s just the tip of the iceberg (sorry!). The lagoon is the second-deepest lake in Iceland. It was featured in a James Bond movie.

I could tell you more, but what fascinated me most was the age of the ice. The ice in this image is probably more than 1,500 years old. Before it broke off the Breiðamerkurjökull glacier and ended up in the lagoon, 1,500 years of new snow piled up on top of it. That weight forced out any air bubbles and other impurities. It’s pure frozen water. This ancient ice looks like fine crystal.

The blue color also comes from its age. With no obstacles, light penetrates so deep into the ice that only the blue wavelengths reflect back.

If you find your image isn’t as compelling as you hoped, think about what you can leave out. Remember what attracted you to that scene and compose to eliminate anything that competes with that.

(Living Wilderness is now on Facebook. Become a fan to get first word of new images and blog posts.)